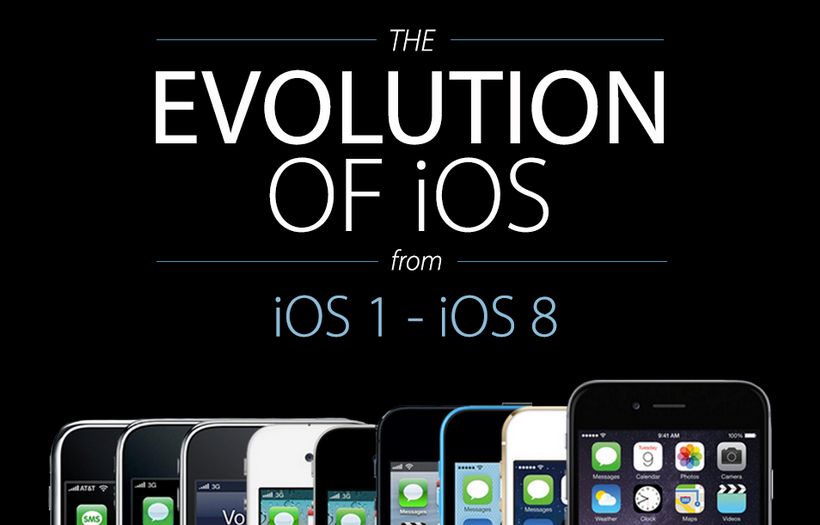 The iPhone 6 and iPhone 6 Plus are finally official, becoming Apple’s first iOS handsets that match competing devices when it comes to screen size. Of course, the increased screen size is only one of the new features the new iPhones have to offer, so 7DayShop came up with a massive and extremely detailed infographic that shows the evolution of Apple’s mobile platform.

From the original iPhone running iPhone OS 1.0 to the iPhone 6 models powered by Apple’s iOS 8, the infographic looks at the way Apple’s mobile devices and mobile OS changed over the years. The infographic shows how the iPhone’s Home screen has been modified with each iPhone generation, revealing the subtle design choices from year to year, as well as the obvious move from Scott Forstall’s skeuomorphism to Jony Ive’s flat design style.

Additionally, the infographic also highlights the main features in each iOS release from the first version up to iOS 8.

Whether you’re a longtime iPhone user, or just getting acquainted with the platform now that Apple has finally launched those big iPhones you’ve been waiting for, the infographic offers plenty of details about Apple’s mobile history – see it below (also available at the source link).