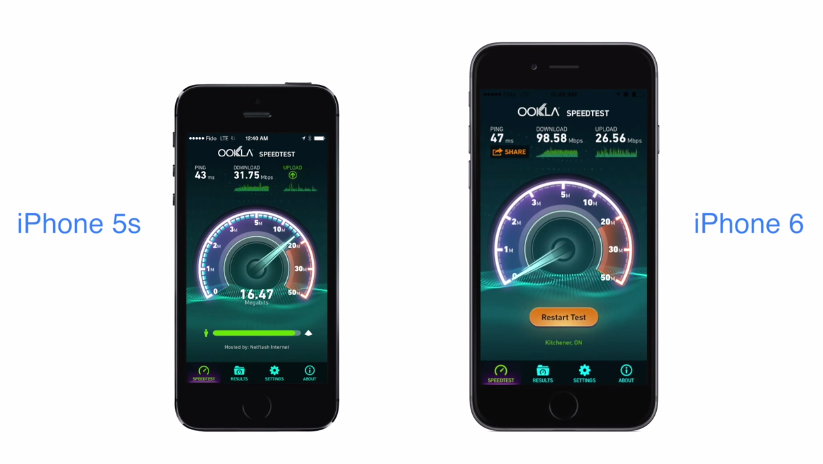 RELATED: iPhone 6 and 6 Plus crush rivals in performance tests despite dual-core CPU

iClarified says it decided to conduct the speed tests to check out Apple’s claims that the iPhone 6 would deliver vastly faster speeds than any previous iPhone. It turns out that Apple wasn’t bluffing, although a teardown of the device could have told us that since it revealed the iPhone 6 features a Qualcomm MDM9625M LTE Category 4 modem that can offer peak download speeds of up to 150Mbps and peak upload speeds of up to 50Mbps. Even so, it’s nice to get confirmation that this works out great in the real world and isn’t just something that looks good on a spec sheet.