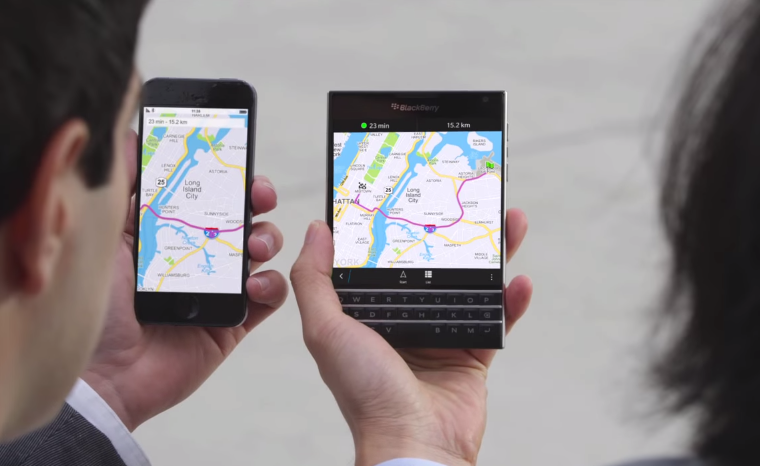 It’s always fun to read about iPhone users switching to Android and vice-versa, but now we’ve stumbled across something that really provides a big contrast: Namely, an iPhone 6 owner who was forced to switch to the BlackBerry Passport.

RELATED: Here’s what finally pushed a longtime Android fan to switch to an iPhone 6 Plus

PhoneDog’s Cam Bunton, in a post highlighted by BlackBerry, explains that he had to switch to the Passport while covering Mobile World Congress earlier this month after he found that his iPhone 6 couldn’t get data connectivity while he was in Spain.

“In the UK, my iPhone 6 is my primary device, but it didn’t want to play nice with the networks in Barcelona for some reason, so I switched my main SIM in to the BlackBerry Passport,” he explains. “And it was awesome. For replying to emails and setting up meetings on the move, I loved having the keyboard and the insane battery life.”

He didn’t stick with the Passport once he got back home, however, and he still used his iPhone 6 as his primary device when he was back at his hotel room and had Wi-Fi connectivity.

That said, BlackBerry doesn’t seem to mind since it would love for professionals to think of the Passport as a possible second device that they use for work while still owning iPhones for fun.

“For anyone enduring a grueling challenge where they need the very best in reliable mobile productivity, you just can’t go wrong with a BlackBerry smartphone,” the company writes in highlighting Bunton’s post.