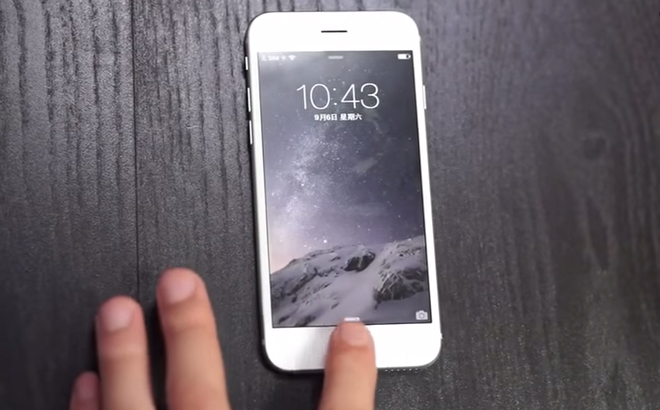 Even though the iPhone 6 is not yet official, at least one iPhone 6 unit has found its way into a user’s hands in China, and he posted many videos,including a detailed first review of the device. Unsurprisingly, a first iPhone 6 benchmark has been performed by a Weibo user as well, confirming several specs for the handset.

A 4.7-inch iPhone 6 version identified as “iPhone7,2,” which appears to be the correct internal Apple model number for the iPhone 6 family of handsets (the iPhone 5s is known as “iPhone6,x” and the iPhone 5c has model IDs “iPhone5,3” and “iPhone5,4”) has been put through Geekbench 3 tests, revealing that the handset is sporting a 1.4GHz dual-core A8 processor, 1GB of RAM and is running iOS 8.

Even though some buyers might be disappointed by on-board RAM, Apple has further optimized the device to offer an even better experience that predecessors (the A8 chip will certainly help as well), or at least that’s what the benchmark test indicates.

The source who posted the Geekbench 3 screenshots (available below) also noted the phone has a 1334 x 750 4.7-inch display that’s not protected by a sapphire glass cover and – curiously – that it doesn’t sport an NFC chip even though many reports have recently revealed that NFC-based wireless payments are coming to iPhone 6 and iWatch. Furthermore, he added the phone packs an improved 8-megapixel camera and will have up to 128GB of storage

Apple is expected to unveil the iPhone 6 and iWatch during its special media event on Tuesday.