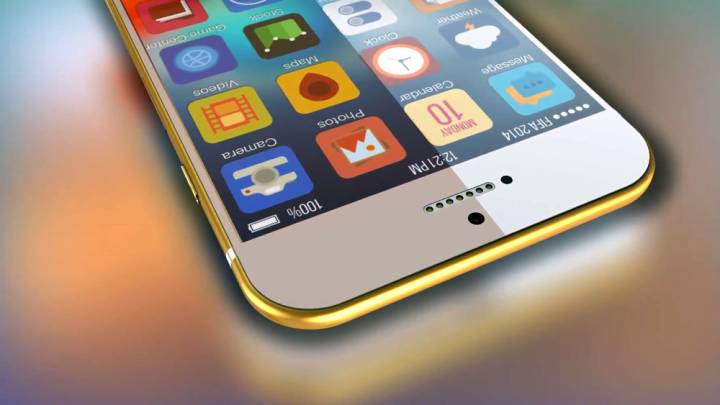 With several independent reports claiming that mass production of Apple’s new iPhone 6 gets underway this month, leaks are kicking into high gear. Yes, believe it or not, the consistent flow of iPhone rumors and leaks we have seen over the past few months was not “high gear.” We saw a few interesting iPhone 6 leaks slip out over the past few days, and one of them was a leak of what is claimed to be a completely revamped iPhone 6 part that, if authentic, further supports the notion that we’re in for a big redesign in Apple’s iPhone lineup this fall.

FROM EARLIER: This is the best iPhone 6 news we’ve heard so far

A user on Chinese-language gadget forum Mac X has posted two photos of what he claims to be a component from Apple’s upcoming iPhone 6. The claim obviously cannot be verified until Apple launches its next-generation iPhone in the coming months, but with a steady flow of parts leaking now that iPhone 6 production is almost underway, it certainly could be authentic.

The leaked part contains a few key items including the Lightning connector, the audio jack and the main microphone from the iPhone 6. All three items are believed to be located on the bottom of the iPhone 6, as was the case with the iPhone 5s, so it stands to reason that they would be situated on the same cable.

Of note, the comparable part on the iPhone 5s, which is pictured below, is quite different from this supposed iPhone 6 part. Dramatically redesigned internal components further support reports that have suggested the iPhone 6 will feature a huge redesign when it debuts this fall.

Apple is expected to launch not one but two brand new iPhone models in 2014. The iPhone 6 model discussed in this post is believed to feature a 4.7-inch display, a new A8 processor and a thinner case, and it will reportedly launch on Friday, September 19th.

Two photos of the leaked part believed to be from the iPhone 6 follow below.

SEE ALSO: iPhone 6 release date may have just been revealed