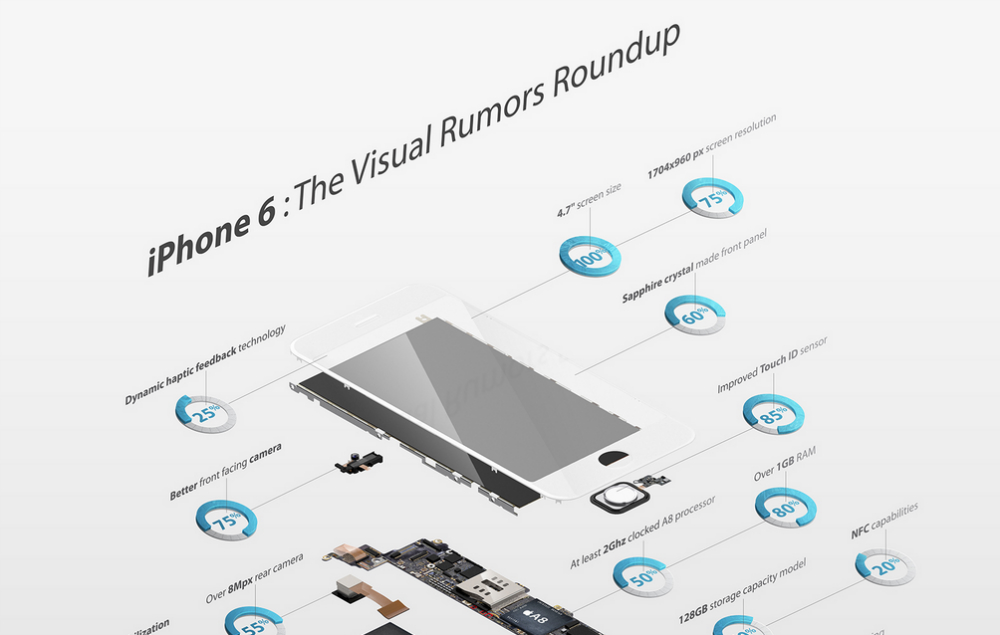 With all sorts of iPhone 6 rumors floating around, sometimes offering contradicting views on what Apple’s 2014 iPhone models will have to offer, French publication Nowhereelse has published an extensive iPhone 6 rumors infographic that looks at the various reports covering iPhone 6 hardware and/or design details and sought outside help in ranking their probability of becoming a reality.

That said, no matter how interesting iPhone 6 rumors may be, Apple has yet to confirm any of them. The company is expected to launch the iPhone 6 in September, with an unveiling event likely to take place early that month.