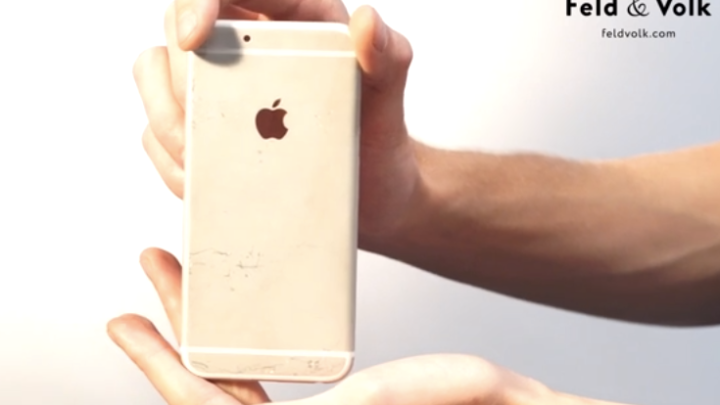 We’ve already seen some pictures of the iPhone 6’s rear shell but we’ve never seen it quite this close up in HD before. MacRumors directs our attention to a new video posted by Moscow-based luxury retailer Feld & Volk that shows off the iPhone 6’s rear casing in the highest quality footage we’ve yet seen.

As you can see in the video, the leaked rear casing features all the design hallmarks of the iPhone 6, from the more rounded edges and larger frame to the power button that’s been moved from the top of the phone to the right-hand side of the device. We’re expecting the iPhone 6 to measure in at only 6 millimeters thin and although this video doesn’t give us any measurements, the rear shell shown definitely looks slim enough to fit the bill.

We’ve posted the full video below but you should really head on over to MacRumors as well to check out a new set of leaked photos showing the iPhone 6’s rear casing.