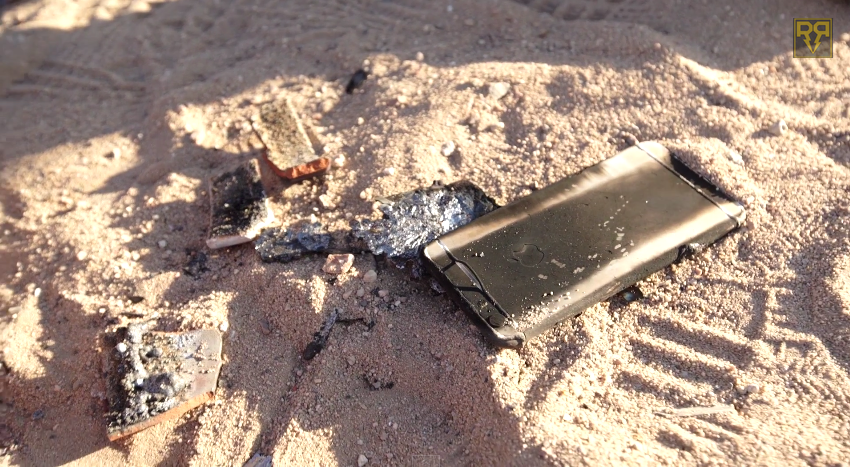 From reports of the iPhone 6 Plus bending in some users’ pockets to the disastrous rollout of iOS 8.0.1, Apple seems to be doing a decent enough job destroying its new smartphones on its own, but that hasn’t stopped Richard Ryan, the owner of YouTube channel RatedRR, from providing his own unique brand of assistance. First, he blended it. Next, he froze it in liquid nitrogen. He even shot it. Now, he’s ignited thermite above the iPhone 6 Plus to see how it stands up to the molten debris.

FROM EARLIER: Here’s yet another freaky ‘accident’ your iPhone 6 Plus won’t survive

Rather than allow the thermite to burn a hole through the back of the iPhone 6 Plus, Ryan wanted to see if the display would hold the thermite in place as it fell from the flower pot above. Surprisingly, it managed to do just that. As the explosive residue fell on to the glass, the device held strong.

Once the epic test reached its conclusion, the iPhone 6 Plus was somehow still recognizable, but in no way functional. As Ryan peeled back the display and the battery, it was clear that everything inside the phone has been toasted. So the next time you think about pulling a Walter White stunt, make sure your phone is tucked away somewhere safe… basically, anywhere other than your pocket.