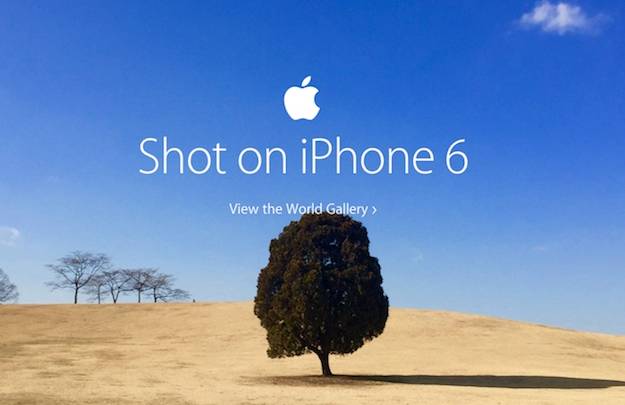 Apple on Sunday updated its main Apple.com homepage with a new feature depicting incredible and majestic iPhone 6 photographs taken at various locations from around the globe. Rene Ritchie of iMore adds that Apple’s revamped website is part of a broader iPhone 6 photography marketing push that will feature photographs from 77 iPhone photographers taken across 70 cities and 24 countries.

From Sydney to Beijing to San Francisco to New York City to London and more, Apple will feature the iPhone photographers and their work on posters at transit stops and stations and in newspaper ads and on billboards. Not the iPhone 6. Not its camera. Not product shots. But shots taken by the product — by the iPhone 6 camera.

Indeed, one of the core iPhone features Apple always focuses on during product unveilings is photography. Though the original iPhone camera was nothing to write home about, Apple has thrown a tremendous amount of engineering resources at the iPhone’s camera technology over the past many years. The result is a smartphone camera that truly is best in class.

The photos Apple chose as part of its iPhone 6 photography campaign are truly stunning. Below are just a handful of examples which overwhelmingly prove that the iPhone 6 isn’t just a good camera for a smartphone, it’s a good camera period.

This is a shot of Halong Bay, Vietnam shot by Karla R.

This shot was taken in Chicago, Illinois by Paul O.

This shot was taken in Lake Cushman, Washington by Cory S.

This shot was taken in Oak Glen, California by Sawyer K.

Apple’s new iPhone 6 photography page features many more photos from all corners of the globe that are well worth checking out.