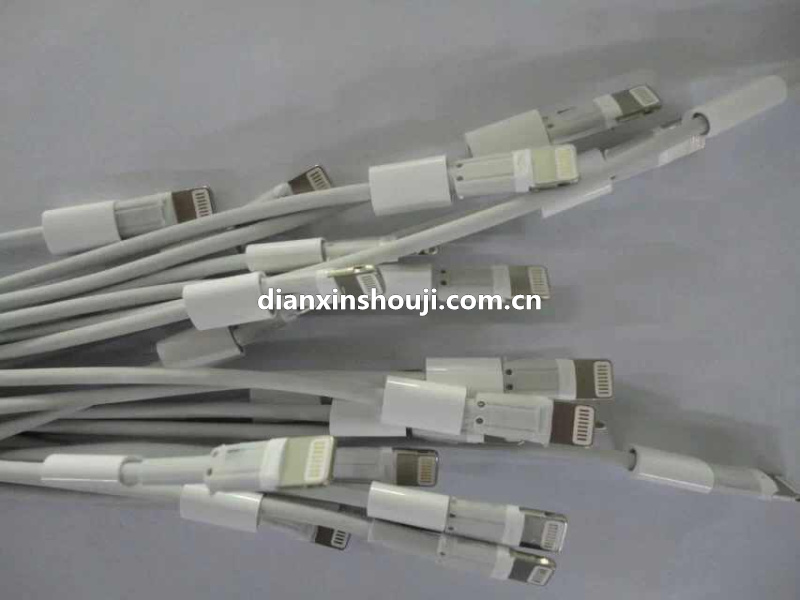 Apple made all of our lives easier when it introduced the Lightning cable back in 2012. Two years later, the company might be looking to shake things up again by building a Lightning cable with a reversible connector on both ends.

Earlier this week, the USB 3.0 Promoter Group announced that the reversible USB Type-C connector had finally been completed, and based on newly leaked pictures from Chinese tech site dianxinshouji.com.cn, Apple has already taken advantage of the new hardware and will be implementing it in the charging cord for the iPhone 6.

According to the report, a mobile phone network learned that Foxconn has already begun supplying Apple with the new cables. The photos clearly show that the USB has been modified from what we see on modern cables, with the connector sitting in the middle of the metal casing rather than against the inner surface of the casing.

This leak is further backed up by an Apple patent which was published late last month for “reversible or dual orientation USB plug connectors for mating with standard USB receptacle connectors.”

We know that the advantages of the new cable goes beyond its ability to be plugged in from either direction — the Promoter Group also said that the charginging capability would be scalable up to 100W, which means faster charging as well. Now that the Type-C connector is set to become the new standard, it makes sense that Apple would want to launch its next-gen smartphone with the latest technology. We’ll know for sure when Tim Cook and co. take the stage on September 9th.