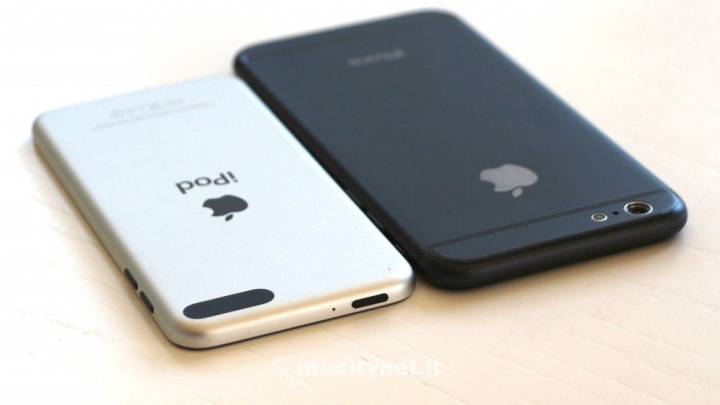 Have you gotten tired of iPhone 6 leaks this week? Well too bad because here’s another one. Italian website Macitynet.it is back with another collection of leaked pictures showing off an iPhone 6 mockup and this time it’s decided to show it side-by-side with the fifth-generation iPod touch. This is particularly interesting because the pictures show that while the iPhone 6 will big significantly larger than any iPhone ever released, it will also take certain design cues from the iPod touch such as rounder edges and a thinner frame.

As you can see from the picture above, the iPhone 6 looks almost as thin as the fifth-generation iPod touch, even though its overall frame is significantly larger. The current version of the iPod touch measures in at just 6.1 millimeters thin, which puts it very close to the 6-millimeter thickness that’s been reported for the iPhone 6. In comparison, the iPhone 5s has a thickness of 7.6 millimeters, so picking up an iPod touch really will give you the closest approximation of just how thin the iPhone 6 will be.

If you want to see even more pictures of the iPhone 6 mockup shown side-by-side with the iPod touch, make sure to go to Macitynet.it’s page and check out their full gallery.

UPDATE: ConceptsiPhone has put together a video slideshow of all the pictures of the iPhone 6 mockup and the iPod touch. Check it out below.