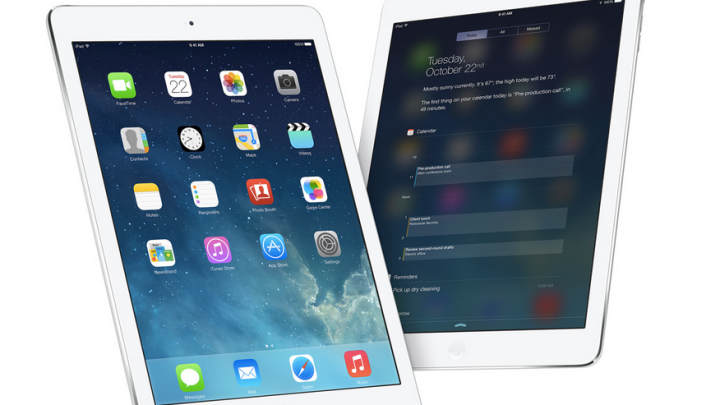 We’ve known for a while that tablet market growth has not been what people expected. Apple’s double digit sales decline of iPad units in the March quarter was one ill omen. Nevertheless, the new Morgan Stanley report is grim reading: Widely followed analyst Katy Huberty is slashing her 2014 tablet growth projection, all the way from 26% to 12%.

It is extremely rare for an important product category to see such a drastic projection cut without an onset of a recession. Back in 2008, handset sales projections were cut steeply as consumer moods from the United States to Asia blackened abruptly.

But tablet growth estimates are now coming down without a macroeconomic shock. The most likely reasons for this sudden decline include a lack of compelling new tablet innovation and competition from cheap phablets, or smartphones with large displays.

But if tablet sales growth is already stalling, what will happen when the iPhone 6 arrives in the autumn? As Canalys notes, phablet sales are exploding — shipment growth of smartphones with displays of 5 inches or larger is expected to top 360% in 2014. That means jumbo-screen smartphones will make up an incredible 34% of total smartphone sales this year.

And this is the bandwagon Apple is finally jumping on this autumn. The iPad’s design innovation may have stalled, but the iPhone 6 is widely expected to feature a totally new display size (likely 4.7 inches), a cool wraparound screen design and a new, rounded chassis. If the rise of phablets has already undermined the tablet market, then the iPhone 6’s arrival could spell big trouble for iPad sales next winter.

Apple’s belated entry in the phablet revolution may well deepen its tablet problems markedly. This category, which was expected to be Apple’s growth engine for years to come, is now likely to become the biggest headache Apple has in Christmas 2014. Then again, if iPhone 6 sales are massive enough, they could well offset the tablet sales decline.

It is odd to think that the tablet market could in fact become a low-margin, low-growth business faster than the far older smartphone market. But the new, 12% tablet growth estimate of Morgan Stanley will likely be lower than smartphones’ growth rate in 2014.