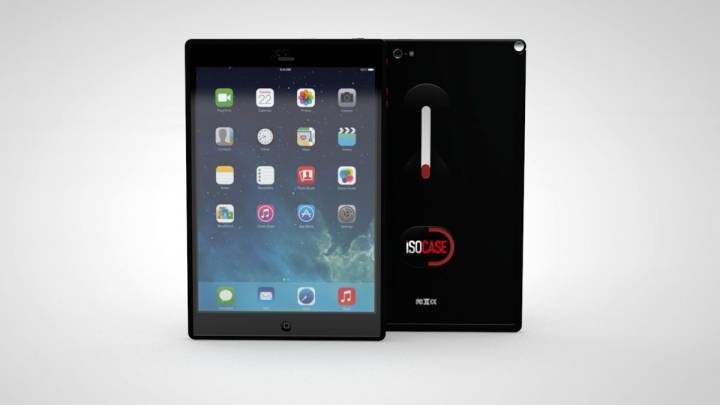 Have you ever wanted the ability to transform your smartphone into a tablet? If so, there’s a new accessory called Isocase that’s trying to raise money on Indiegogo that you might be interested in. The concept behind the case itself isn’t new, and it’ll immediately remind some smartphone fans of the Asus product PadFone X hybrid smartphone/tablet, but it certainly appears to be more daring, at least on paper.

The Isocase is basically a giant case that fits with either iPhones or Samsung Galaxy S series phones. The case packs a 10,000 mAh battery that can recharge the iPhone and power the 7.9-inch Retina screen touchscreen display, audio speakers and amplifier. The case also provides added protection to the smartphone featuring a strong shell and a Gorilla Glass screen. Finally, the Isocase is supposed to be dust- and waterproof.

The device is available for preorder on Indiegogo for $149, and should ship at some point in October, assuming it reaches its $35,000 funding goal in the following months. And yes, the case does sound too good to be true, so proceed carefully – make sure you go through the entire project and decide for yourself whether you really want to support it or not.

A video further explaining this Indiegogo concept follows below.