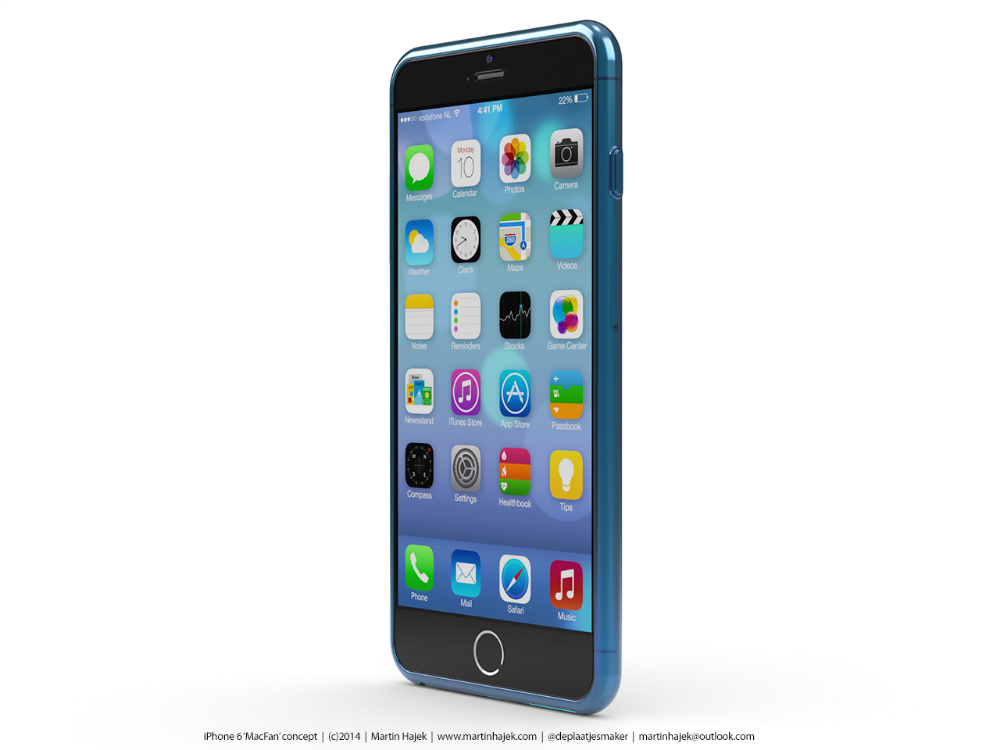 Designer Martin Hajek, who earlier this year created iPhone 6 renders based on leaked purported sketches for Apple’s bigger smartphone, is back with a new set of images that also takes into account the most recent iPhone 6 leaks, including manufacturing molds and iPhone 6 case prototypes.

Via Nowhereelse Hajek’s new iPhone 6 design is a smartphone that has round corners, a 4.7-inch display and a Touch ID home button. The power button is relocated to the right side of the device from its previous top side position, while the volume buttons are more similar to iPod touch volume rockers than button design in existing iPhone models.

Hajek has also featured the new case of the device, based on a recent leak, which features cutouts for certain buttons, speakers, headphones, Lightning connector, and the Apple logo on the back of the phone. Additionally, using the same design elements, Hajek has also rendered a bigger 5.5-inch iPhone 6 model next to the imagine 4.7-inch iPhone 6 and to the iPhone 5s.

Recent reports indicated that Apple will launch two bigger iPhone models this year, including a 4.7-inch model at some point in the third quarter, followed by the 5.5-inch version a few months later.

An image gallery showing some of these new renders follows below.