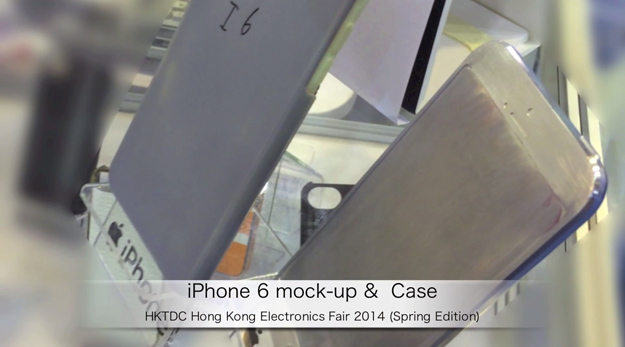 Apple did not announce the iPhone 6 yet, but numerous leaks have already shown alleged components and manufacturing molds of the handset. Furthermore, case makers are already working on cases for the upcoming flagship model, with many such companies having presented accessories for the device at this year’s Hong Kong Electronics Fair. Macotakara reports that at least one company had iPhone 6 mockups made of metal on display, and they are supposedly based on the actual design of Apple’s upcoming handsets.

The rough mockup has apparently been finished by hand, and was used for case designs. According to the publication, the iPhone 6 mockup appears to be quite thin, with AppleInsider noting a resemblance between the metal mockups and a previous leak that supposedly showed an image of the iPhone 6’s back.

“Both the mockup and the alleged case back include a protruding rear-facing camera lens and single round flash module, inconsistent with current models that sport a flush-mounted lens and pill-shaped True Tone dual-LED flash,” the blog wrote.

Macotakara has posted a video showing the metal iPhones, as well as images that reveal there’s already plenty of excitement surrounding the unreleased iPhone 6. One picture even shows an entire accessory display for the iPhone 6 under an “iPhone 6 coming soon” message.

Interestingly, in the past, case makers presented many iPhone case designs that suggested Apple would soon launch an iPhone with a bigger screen than 4 inches. However, Apple’s following iPhone models contradicted the case leaks from China.

The video and an image from the Hong Kong fair showing iPhone 6 excitement among accessory makers follow below.