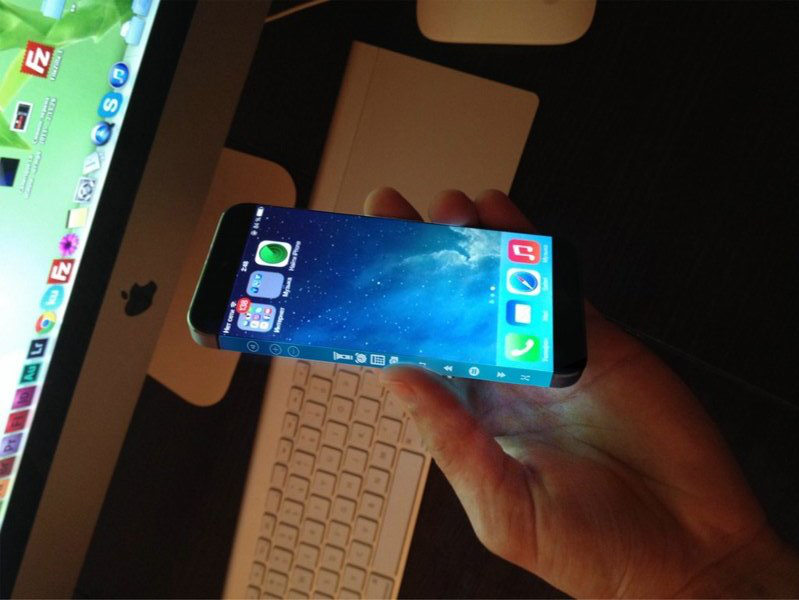 A new iPhone 6 concept design proposes an interesting wraparound display that would turn the left side of the handset into a tiny display ready to give users fast access to certain settings or apps including volume controls, flashlight, alarm, calculator, camera and music player controls. The overall design of this concept iPhone 6 is based on the current iPhone 5s model, although the device still proposes an interesting feature that could help Apple increase the size of the handset without modifying its overall size: a bezel-free display.

However, no matter how enticing such an iPhone 6 concept would look, it doesn’t mean it’s actually based on anything that Apple may be working right now — the concept belongs to Iskander Utebayev, a designer from Kazakhstan who posted it on Behance. In fact, considering that the sides of the iPhone also act as antennas, it seems highly unlikely for Apple to replace part of an antenna with a display in any future iPhone designs.

Recent reports suggest that the iPhone maker is working on bigger iPhone models, which should be unveiled at some point next year. Wraparound flexible displays have been shown in handset concepts before, although mobile device makers are yet to launch such smartphones. Apple’s rivals including Samsung and LG have already released smartphones that have curved displays, the Galaxy Round and G Flex, respectively, although they do not feature wraparound displays.

More images of this new iPhone 6 concept are available below.