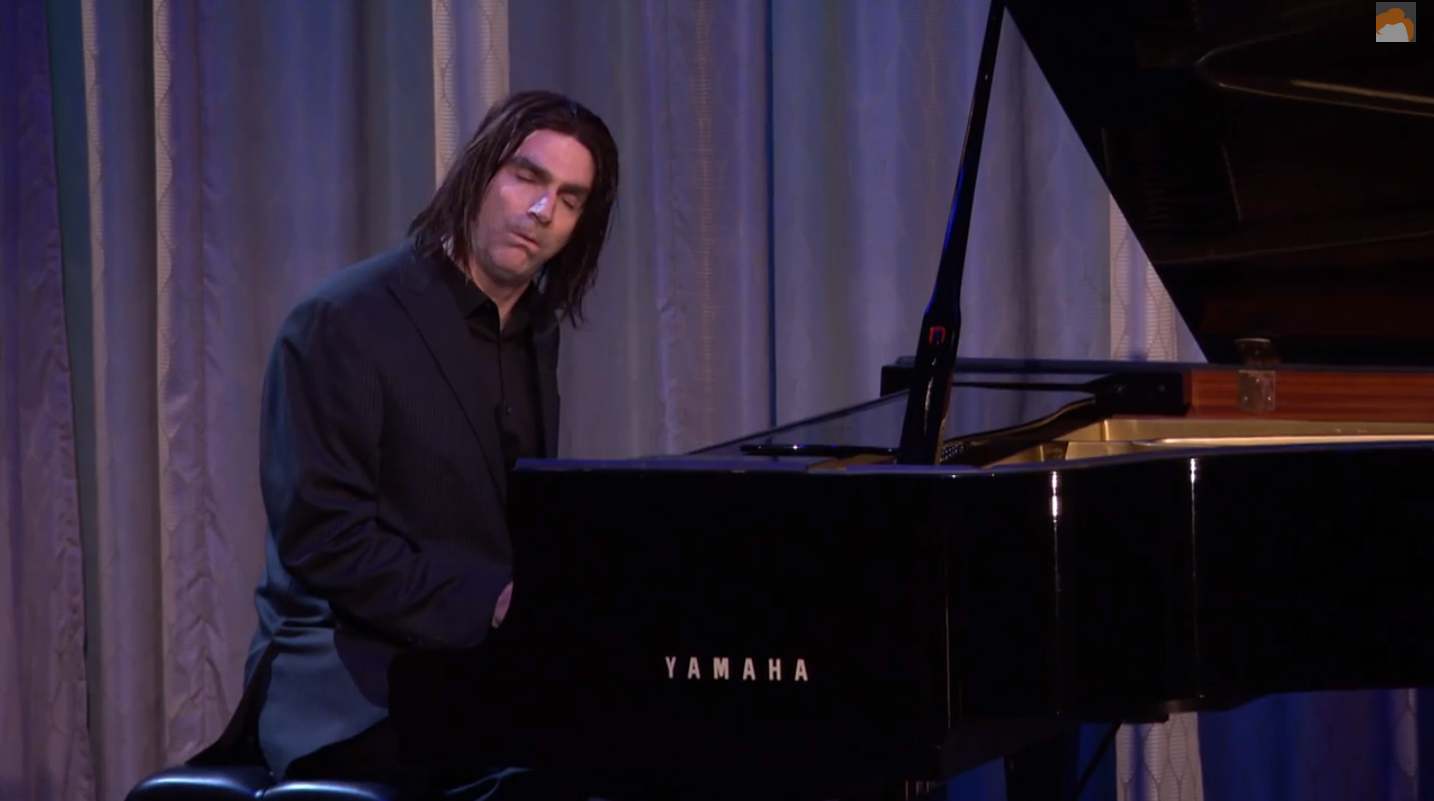 It’s common knowledge that Apple takes its products very seriously. Tim Cook was uncharacteristically giddy on Tuesday as Apple unveiled a new line of devices, but the introduction videos showcasing the iPhone 6, iPhone 6 Plus and Apple Watch were as solemn and moody as anything the company has ever produced. No top 40 radio hits, no celebrity guests — just slow motion product shots and emotional piano music.

Conan O’Brien and his writing team found the entire event ripe for comedy, and so Conan was pleased to welcome special guest Jens Mueller, “the composer of all the music Apple uses in their product videos,” to his show. Mueller, a Munich-based pianist, begins with his classic compositions for the original iPhone and the first iPad, just to get the crowd warmed up.

For his third piece, Mueller debuts the jingle that Apple definitely, totally used in its Apple Watch product video. Hauntingly beautiful and shockingly poignant. Also, they all kind of sound alike, but who am I to judge a genius?

Mueller even sticks around as Conan introduces his guests for the night, each of which have received the Apple product video treatment, spinning in place as Conan lists their most important attributes. I honestly had no idea John Hodgman water-resistant.