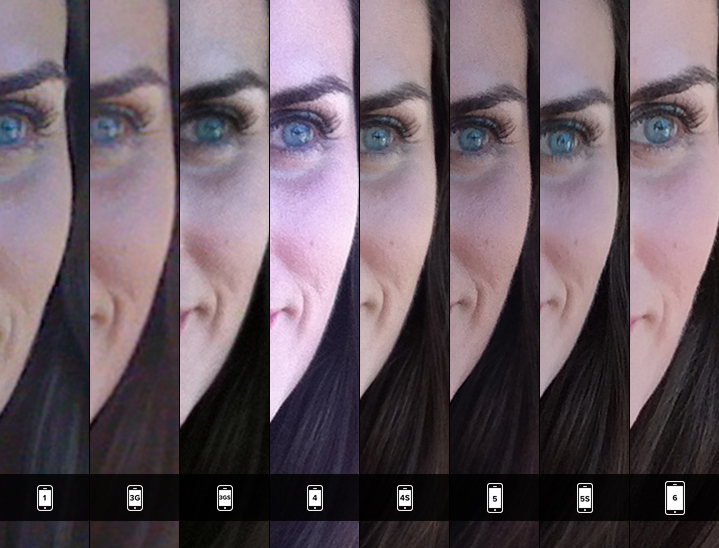 In case you think a camera phone is all about the number of megapixels it packs, then a simple comparison between all iPhones released to date will show you that’s not the case. The comparison also suggests Apple was right to stick to that 8-megapixel shooter on the iPhone 6 and use other means to enhance its photo and video performance, while competitors continued to fight in the megapixel war.

iPhone user or not, you’ve probably heard a few things about Apple’s iPhone camera over the years. For example, you may have heard that the iPhone is the second most popular camera on Flickr, a massive achievement for a company that doesn’t make cameras. Or you may have read all the terrific iPhone 6 camera reviews from pro photographers. But you’ve also heard one constant complaint from critics: The iPhone still only has an 8-megapixel camera.

Co-founder of Camera+ and MagiCam Lisa Bettany took a series of photos last September with every single iPhone to date just to show users how image quality changed over the years. What’s clear from looking at each set of photos is that Apple put a lot of effort into improving its cameras since launching the handset eight years ago.

You might not always notice considerable differences between successive iPhone models, but when you compare first-gen iPhone pictures to images taken with the iPhone 6, you’ll immediately notice the massive improvements.