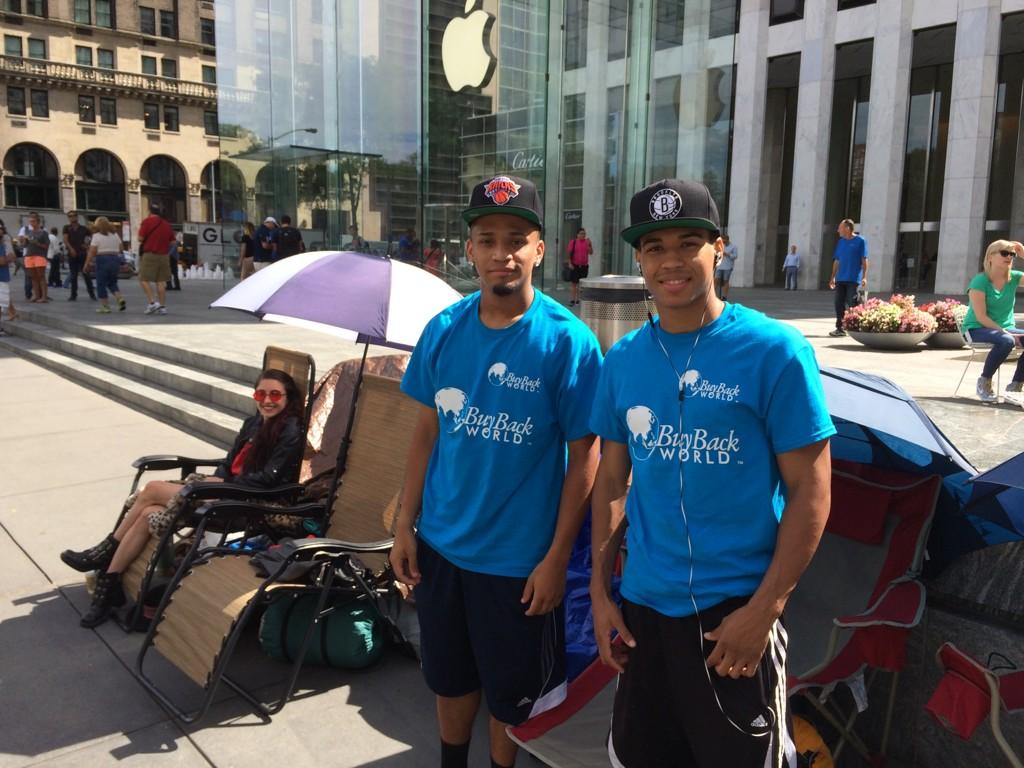 Sad but true: Some Apple fans are apparently so hyped for the iPhone 6 — and they apparently have so little to do — that they’ve already started lining up for it even though it’s a week from even being announced, let alone released. 9to5Mac points us to some pictures posted on Twitter of Apple fans queueing up outside the Apple Store in 5th Avenue in Manhattan just so they can be the very first to get their hands on the iPhone 6.

As you can see in the picture above, these fans are well prepared for inclement weather and have brought umbrellas, blankets and other necessities to make sure that they don’t lose their precious spot in line. This way, they’ll be able to get the satisfaction of being the first to buy a smartphone that most normal people will either order online or will buy a week after the craziness dies down and still enjoy the phone just the same.