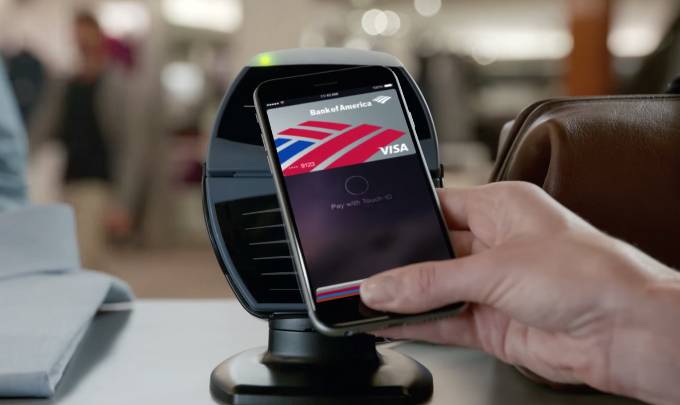 Not only is Apple Pay the most popular mobile payments solution available in the U.S. even though it only launched a few months ago on just two devices, but it’s also a very powerful marketing instrument for those two devices. And it’s not only Apple’s own iPhone 6 and iPhone 6 Plus ads, either — banks who want Apple Pay to succeed are heavily marketing Apple’s newest iPhones as well.

FROM EARLIER: iPhone 6: This might be Apple’s smartest marketing trick for selling even more units

Bank of America is one of the major financial institutions in the U.S. supporting Apple Pay, and the company in mid-December released a Christmas-related ad for Apple Pay. The commercial, based on the popular Get Smart show, says you can get smart by shopping with Apple Pay available only on the iPhone 6.

The free publicity Apple gets in such Apple Pay commercials is priceless — something competing smartphone makers, and competing mobile payments providers, can only dream for at this point — and might help it sell even more iPhone 6 and iPhone 6 Plus units, which have been selling tremendously well since their launch.

Bank of America’s full Get Smart ad follows below.