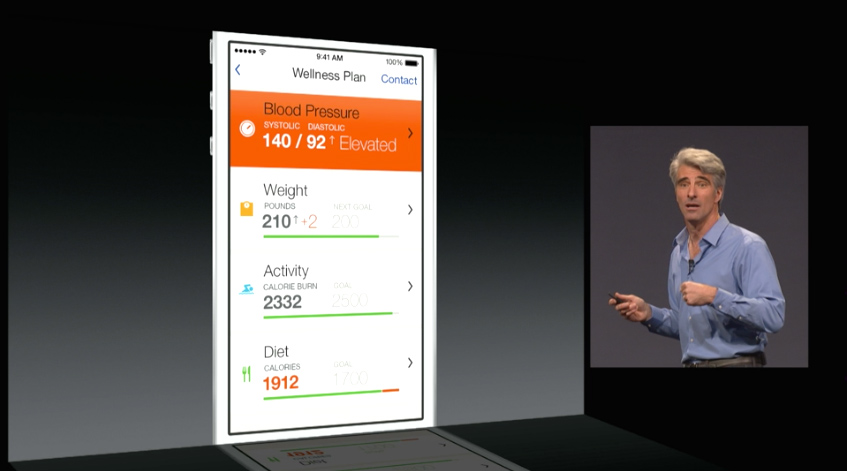 Apple will introduce at least two new products during its Tuesday event, including the 2014 iPhones and its first smartwatch, devices that will be closely connected to offer users fast access to notifications, fitness stats and health info. The latter has been seen as a major feature for the iWatch, which could help it standout from the plethora of similar smart wearable gadgets, and Star Tribune reports that the Mayo Clinic will appear on stage during Apple’s event to further detail the health abilities of the company’s newest gadgets.

FROM EARLIER: This might be Apple’s secret sauce for the iWatch

“The combination of Rochester-based Mayo, one of the best-known names in health care, and Apple could be a major boost to the practice of routinely tracking health conditions and fitness performance,” the publication writes.

During WWDC 2014, when Apple announced its Health app and HealthKit tool set for medical applications, Mayo was named as one of Apple’s partners.

An earlier report from The New York Times revealed that many analysts expect Apple to partner up with other health companies for health monitoring features coming from iOS 8-powered devices, in a similar fashion to Apple’s music partnership for the iPod.

Apple started working with the Mayo Clinic a few years ago, after the iPhone maker learned that the clinic had developed iOS software for allowing its doctors to obtain patient information on their devices.

“They got to know us as an organization and we started to have conversations of how we could potentially interact,” Mayo medical director of marketing John Wald said. “We didn’t exactly know what it was right away but it became this data repository that would allow patients to not only collect the data but then to start to use and understand that data.”

It’s not clear what Mayo will demo on stage during the iPhone 6 event, but Wald told the publication that the “evolution” in health care – people being able to monitor their health in a more affordable fashion – is starting.

“Consumers are really going to have to look at their budget and see that the lowest cost for a health care plan may not be the wisest investment,” Wald said. “They may have a higher out-of-pocket expense. They may go from one provider to the next and the next without getting an answer for their clinical question. They’ll start to figure out where the best value is and that may not be, as we know in other areas of consumerism, the cheapest product.”

Smart devices such as the iPhone 6 and iWatch may offer users the ability of regularly checking various health parameters, and further, and could help cut down health-related costs and pave the way for more efficient health care-related experiences.