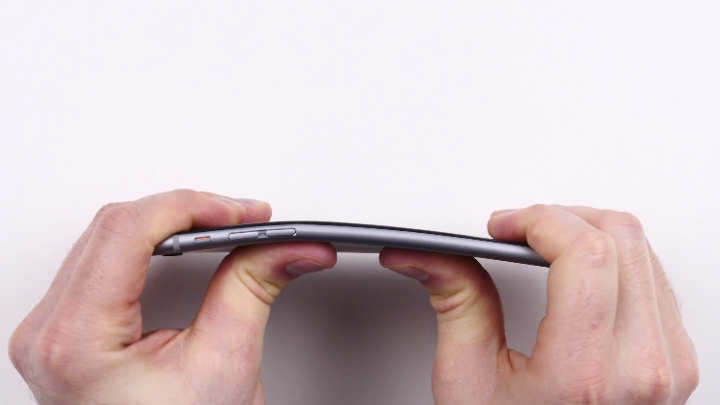 The iPhone 6, and especially the iPhone 6 Plus, failed an unexpected durability test – the new phones can apparently bend to some degree when inside pants pockets – and a video showing this surprising result going viral on YouTube. Even so, the bent iPhone 6 units did not break and were still fully functional. However, while there are many reasons to praise Apple’s smartphone design over competitors, the fact that a brand new, expensive, iPhone made of metal can bend in such circumstances, as many male smartphone users are likely carrying their handsets in their pants pockets, and still work after that isn’t really one of them.

FROM EARLIER: Video shows just how easy it is to bend the iPhone 6 Plus

Apple enthusiast John Gruber blasted Time Magazine for promoting the viral iPhone 6 bending video by saying that viewers should also appreciate the durability and build quality of the device while also suggesting they might need “looser pants” to handle the iPhone 6.

“I cannot believe that this ‘bent iPhone 6 Plus’ thing is becoming a thing,” Gruber fumes. “Watch this jackass’s video — inexplicably promoted by Time magazine. Should not we be amazed that his phone didn’t snap in half under this pressure? That the glass didn’t fracture? Under pressure like this, bending but not breaking seems like an extraordinary feature. If you feel pressure like this on your iPhone 6 in your pocket, you need looser pants. And if you put your phone in your back pocket and sit on it, I’m not sure what to tell you.”

Sure, it’s great that the iPhone 6 models are durable and can still work after drops, after being dunked in water and even after being bent accidentally. And yes, if you put your phone in your back pocket and then sit on it, then you shouldn’t complain about bending the phone in the first place.

But if you put it in one of your front pockets, as iPhone users have been doing since the time the very first iPhone was released, then you’re certainly not to blame. Furthermore, bending the phone with your hands like in that video is obviously a lot more pressure than what the average iPhone 6 Plus will have to endure on a daily basis, but we’re already getting reports from people who have said the phone is bending in their front pockets after just one weekend of use.

And frankly, telling someone who spent hundreds of dollars on a high-end device that he or she might need looser pants to prevent a potential iPhone design flaw is like telling them they’re not holding the phone the right way.

Also, once you have purchased a handset, expecting it to bend because of the way you carry it around but still work thereafter shouldn’t be on your list of concerns. Not to mention that, even if the device works flawlessly after that, it just isn’t the same anymore. It’s bent.

It’s not clear whether this “Bend-gazi” issue is a widespread problem among iPhone 6 Plus users, and Apple isn’t saying anything on the matter just yet, but this might just be Tim Cook’s Antennagate-like moment. Time will tell.