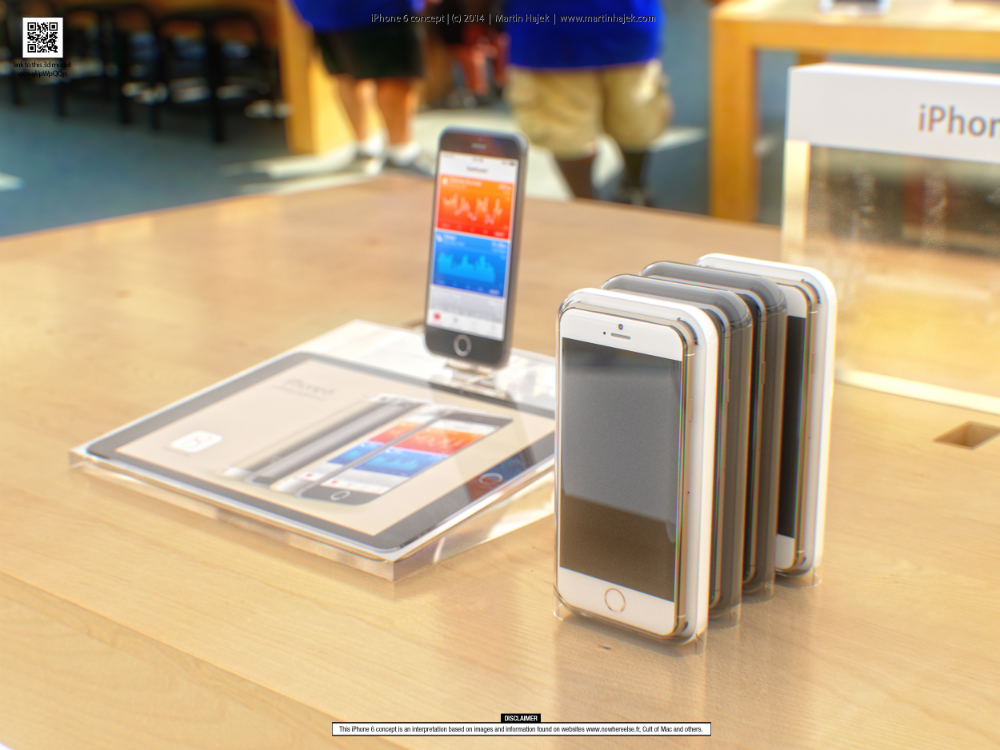 The iPhone Air – which is what some people believe the 5.5-inch iPhone 6 model will be called – has appeared in a new series of images provided by French publication Nowhereelse, a steady source for iPhone 6 leaks. The new photos reveal one key detail about the upcoming handset that certain buyers may care about above all else when making a buying decision: the phone’s size.

For the first time ever, Apple will have bigger iPhone models in stores this year, similar to rival devices running other operating systems. However, not all fans will necessarily want a bigger device in their pocket. These new iPhone Air images obtained from China show the same metallic redesigned rear shell of the iPhone 6 that has been spotted in many leaks before, but they also reveal measurements for the device.

Apple has already confirmed its iPhone 6 event for September 9th, although it’s not clear how many new iPhone 6 models the company will unveil on stage. A report has recently claimed that just the 4.7-inch iPhone 6 is being readied for launch, and that the iPhone Air won’t be introduced during this show.

The iWatch is also expected to make an official appearance alongside the new iPhone 6, as well.

Some of the newly leaked iPhone 6 images follow below, with more available at the source link.