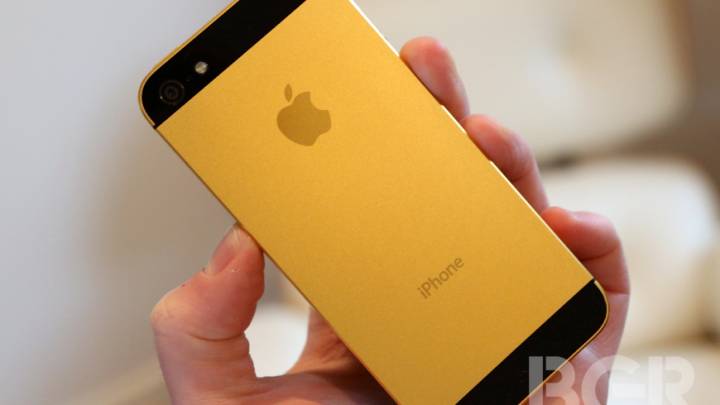 It certainly won’t be as gold as some iPhones, but a new report claims Apple’s next-generation iPhone 5S will be available in a new color for the first time since Apple moved from one color option to two on the iPhone 3G. Plugged-in KGI Securities analyst Ming-chi Kuo has a solid track record when it comes to scooping unannounced Apple devices and he’s back again ahead of Apple’s upcoming September 10th iPhone event. Remember those gold-colored SIM trays pictured in an exclusive BGR report back in May? Well Kuo says Apple is indeed planning to launch the iPhone 5S with a new gold color option. It won’t be quite as flashy as BGR’s gold iPhone, pictured above, but it could be a nice way to promote upgrades among current iPhone 5 owners.

According to Kuo’s note, which was picked up by 9to5Mac, we can expect the following:

“We reckon A7 will upgrade memory bandwidth spec to LPDDR3 from LPDDR2 adapted by A6, in an effort to improve system performance,” Kuo added. “Since Apple is in charge of both hardware  and OS design, it is capable of minimalizing memory capacity at an optimized state. Therefore, A7’s RAM will likely be unchanged at 1GB.”

Kuo expects Apple to sell 35 million iPhone 5S handsets before the year is out.