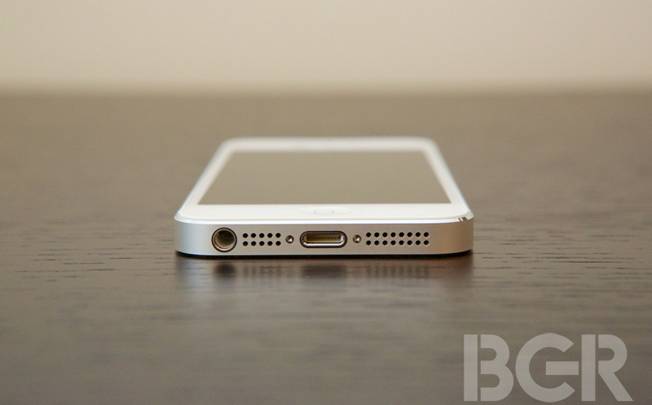 Over the weekend, a solid report emerged revealing that the next-generation iPhone 5S will be unveiled on September 10th, as Apple gears up for a busy fall schedule. Judging by the rumor mill, the iPhone 5S may bring back some of the excitement Apple hasn’t seen in quite some time. In Apple’s most recent quarter, it announced that it sold 31.2 million iPhones, as it generated $35.3 billion in quarterly revenue. If the rumor mill is indeed accurate and Apple does launch a new iPhone with many of the oft-rumored features, it could surpass that 31.2 million units with relative ease in its next quarter.

All signs point to Apple incorporating fingerprint scanner technology in the new phone, which will stem from Apple’s AuthenTec purchase in 2012. Fingerprint technology could be used to get rid of passwords and aid in more secure payments, as Apple looks to further increase its stature in mobile payments.

While fingerprint technology scanner is likely to be the big unveil, the iPhone 5S could also have a slew of new features, including an updated A7 processor, as well as a better camera with a dual-LED flash.

The iPhone 5S may also be a truly global smartphone, should Apple decide to incorporate Qualcomm’s RF360 chip in its next offering. When Apple gave fiscal fourth-quarter guidance, it said that gross margin guidance would be between 36% and 37%, higher than what Wall Street was expecting. That caused people to assume that the next iPhone wouldn’t launch until October. But if Apple uses the RF360, designed to work on LTE-FDD, LTE-TDD, WCDMA, EV-DO, CDMA 1x, TD-SCDMA and GSM / EDGE networks, that could allow Apple to cut down on costs, and keep margins higher than what people initially expect from an iPhone launch quarter.

Other rumors suggest the next iPhone might launch in a champagne or gold color.

With the announcement of iOS 7 — a radical change to Apple’s mobile operating system — plus fingerprint tech and a host of other features, the iPhone 5S could feature Apple’s most radical changes to an “S” model iPhone ever. The rumored September 10th debut is less than a month away, and the anticipation and excitement is likely to ramp up to levels not seen towards Apple in a long time.

Not only is that good news for Apple’s customers, but its shareholders as well.