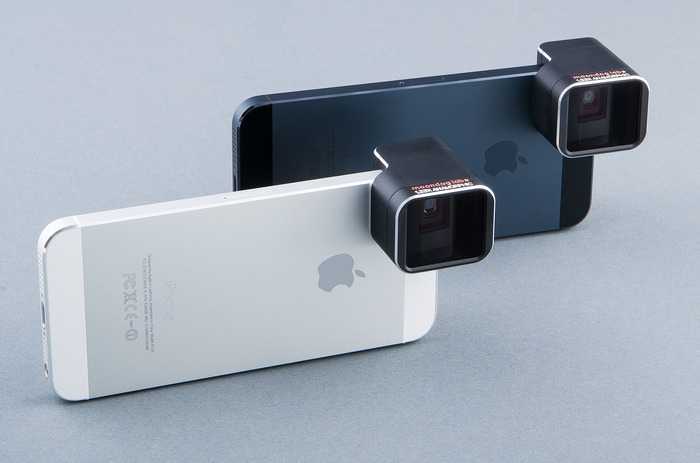 A new project is raising money on Kickstarter to build an anamorphic adapter lens that would be compatible with the iPhone 5 and iPhone 5s, letting users record video reminiscent of a J.J. Abrams movie. With 16 days to go, the project has already surpassed its $30,000 goal, which means that backers will likely receive the new iPhone accessory at some point in March 2014, when it’s expected to begin shipping.

Shooting in anamorphic format is a cinematography technique that allows directors to squeeze widescreen video on 35mm film or other media that doesn’t have a widescreen aspect ratio and then restore the video to its actual size when projecting it. Famous director J.J. Abrams is using such shooting techniques in some of his movies.

The 1.33x Anamorphic Adapter for iPhone will “squeeze” a 33% wider scene onto the sensor than the phone is actually capable of shooting without the accessory. Restoring the video using software will give it different aspect ratio than the iPhone’s native 16:9 ratio. The lens will work in a similar manner with photos, letting users take 16:9 photos instead of 4:3 images.

To order a Moondog Labs’ Anamorphic Adapter, buyers will have to submit a pledge of at least $125, as the cheapest $85 pricing tier isn’t available anymore.