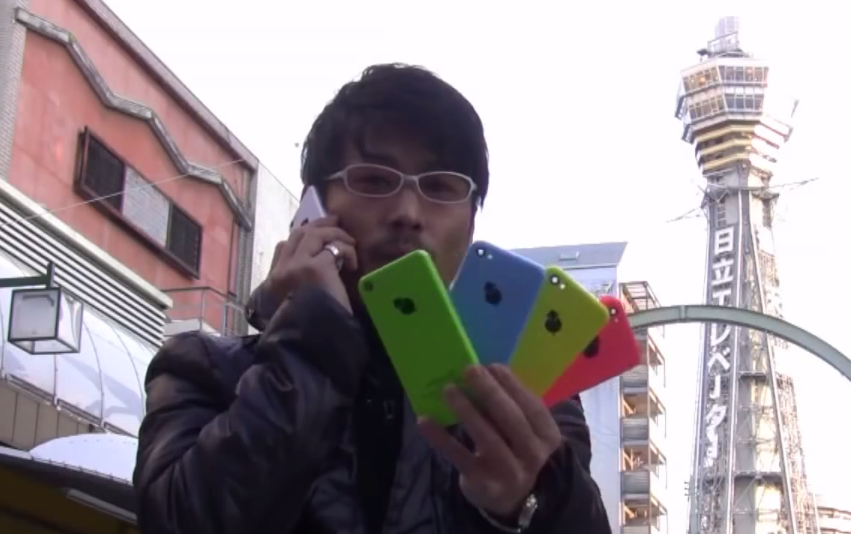 Consider the stakes raised in the battle to release the world’s most blatant iPhone knockoff. CNET points out that Japanese manufacturer Iosys has released a marketing video for its new ioPhone 5, a device that just happens to bear a striking resemblance to Apple’s iPhone 5c. CNET says that the ioPhone costs around $150 off-contract and comes with some truly horrid specifications including a display with a resolution of 480 x 854 pixels, 512MB of RAM, 4GB of internal storage, and a 2-megapixel camera.

How much of a ripoff is this? Consider that the knockoff artists at GooPhone are selling their own iPhone 5c clone for just $99 and have packed it with a 4-inch QHD display, a 1.2GHz dual-core processor, 1GB RAM and an 8 megapixel rear-facing camera.

Such a shoddy product deserves an equally shoddy marketing campaign and Iosys delivers with an amazing low-budget video that features, among many other wonderful things, two people talking to one another on their ioPhones even though they’re literally standing two feet apart from one another.

As bad as this video is — and yes, it is truly bad — we still like it much better than the most recent Nokia Lumia 2520 ad that haunted our nightmares last night.