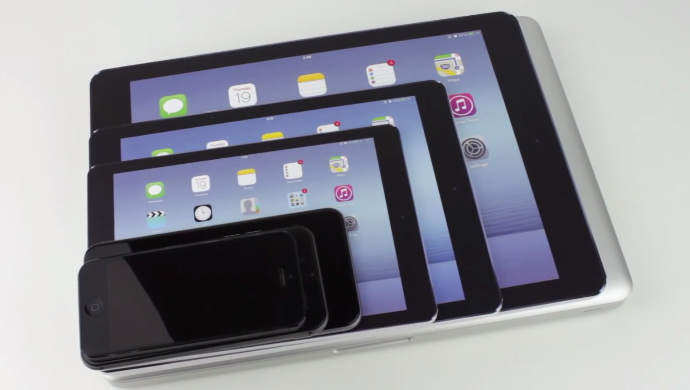 After a report late last week revealed more details about Apple’s upcoming 12.2-inch “iPad Air Plus,” including schematics for the rumored tablet, YouTube channel Canoopsy posted a comparison video showing Apple’s current iOS devices, including iPhones and iPad models, and MacBooks next to a mockup of a 12.2-inch iPad Air Plus, also referred to as the “iPad Pro,” based on last week’s schematics.

Those schematics revealed that the iPad Air Plus might measure 305.31 x 220.8 x 7mm, and feature a 12.2-inch display, making the tablet almost as big as a 13.3-inch MacBook computer, and significantly bigger than any existing iPad model.

The same report also said the iPad Air Plus will launch with a new A9 chip inside, and feature four built-in speakers that’ll offer stereo sound no matter what the orientation of the tablet would be.

The iPad Air Plus is supposed to launch at some point in the first half of next year, although there’s nothing official from Apple on the matter at this time.

Apple has long been rumored to be developing a bigger tablet that might be more appealing to professionals. Additionally, Apple is also working on a 12-inch fan-less Retina MacBook Air laptop that’s also supposed to launch next year.

The video showing this iPad Air Plus mockup follows below.