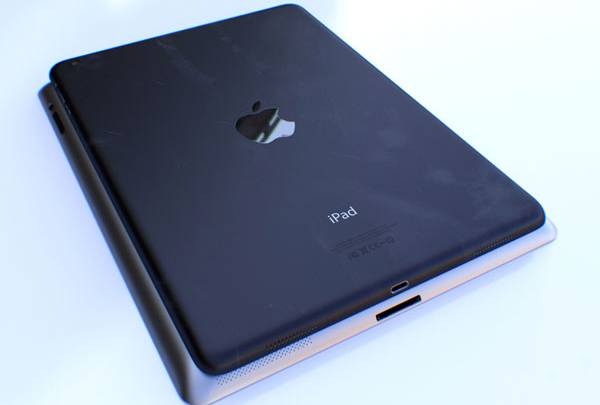 Although previous reports indicated that Apple (AAPL) would release its fifth-generation iPad alongside a new iPad mini with Retina display in March, a new report from Jeremy Horwitz of iLounge, claims the newest iPad will be announced in October instead. Horwitz said that he “had the opportunity to inspect a supposedly accurate — and seriously intriguing — physical model of the completely redesigned fifth-generation iPad.” He noticed that the design of the new tablet takes many cues from the iPad mini, which others have reported as well, and includes “virtually no left or right bezels.”

Horwitz added that it will have “the same chamfered edges and curves” as the iPad mini, only stretched, and will likely include Sharp’s IGZO display technology and smaller chip components.

He also reported details about the iPhone 5S, which he claims will look similar to the iPhone 5, although it will include a larger rear flash. Horwitz said the smartphone will launch this year, as will a “low-cost” plastic-bodied iPhone, which is being developed with China Mobile in mind.

Lastly, Horwitz reported that another early prototype with a 4.7-inch display has been floating around, however it is not expected to be released in 2013.

“It might never make it to market, and plenty could change before it does,” he said, “Consider it Apple’s ‘just in case / Plan B’ hedge against ever-growing Android phone screen sizes.”