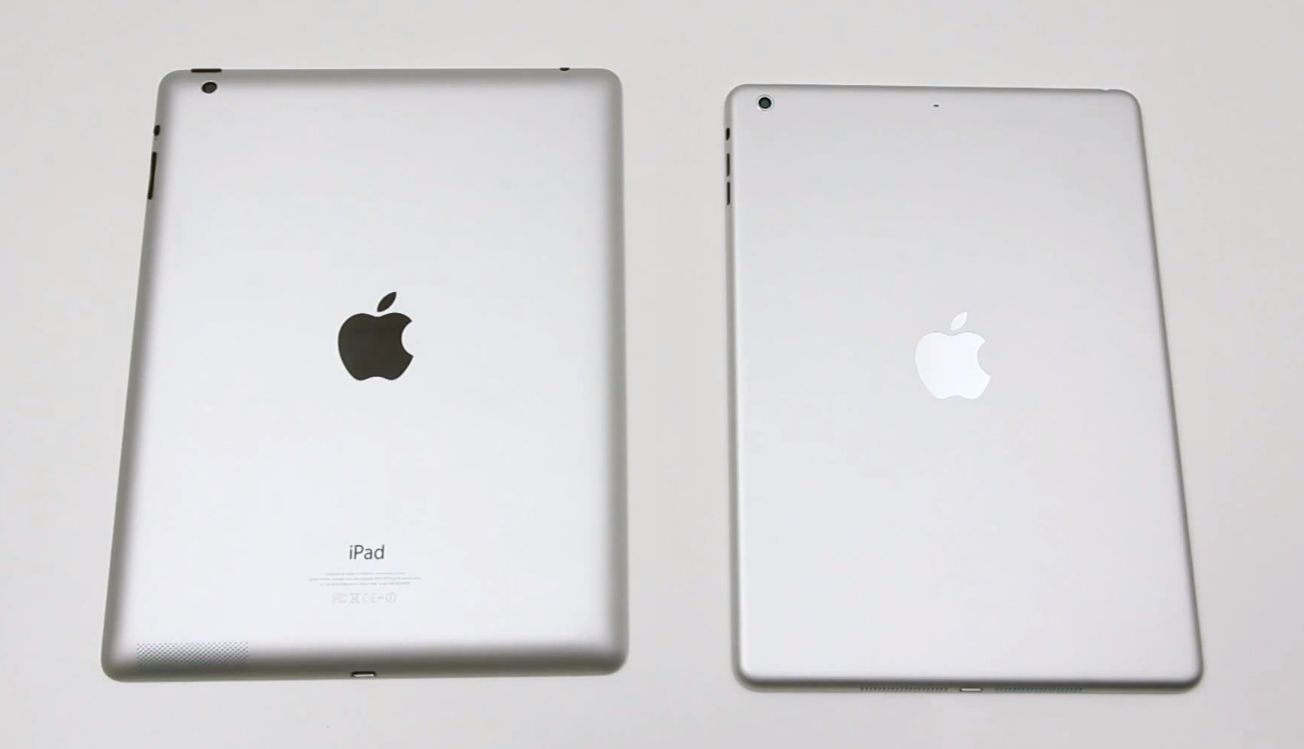 The casing and the front digitizer shown in the video reveal a device that has significantly thinner side bezels than older iPad models despite having the exact same display size as earlier generations. The purported rear casing also shows that the new iPad will be much more sharply defined around the edges and won’t have the sloping rear curves that older models have. The casing also shows that Apple has brought the iPad mini’s separate volume buttons over to the full-sized iPad, thus replacing the volume bumper that has long been a standard design feature.