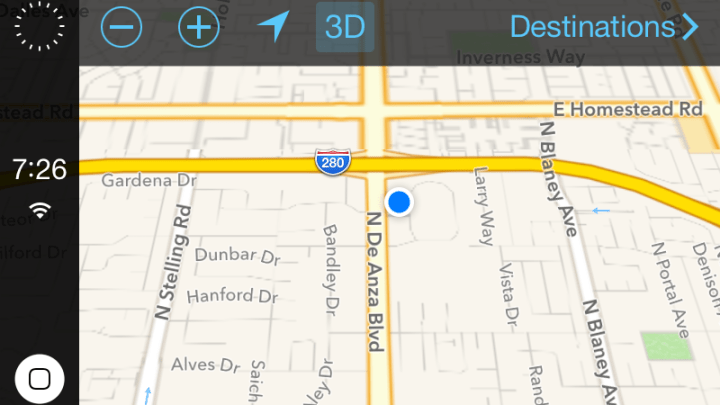 Last week, developer Steven Troughton-Smith released several screenshots of Apple’s upcoming iOS navigation software, iOS in the Car. Using iOS Simulator, Troughton-Smith has since put together a short video that shows the app in action both as it would appear on the dashboard of a car and on an actual iPhone screen. According to the video description, iOS in the Car will support multiple resolutions as well as touchscreens, buttons, wheels and basically any other dashboard control mechanism. While the app is running, users will not be able to multitask; the “car display will always show same current on-screen app as iPhone.” The app also lacks a keyboard UI. In order to control iOS in the Car, you’ll have to resort to voice commands. Check out the full video below to see how the app functions in conjunction with an iPhone.