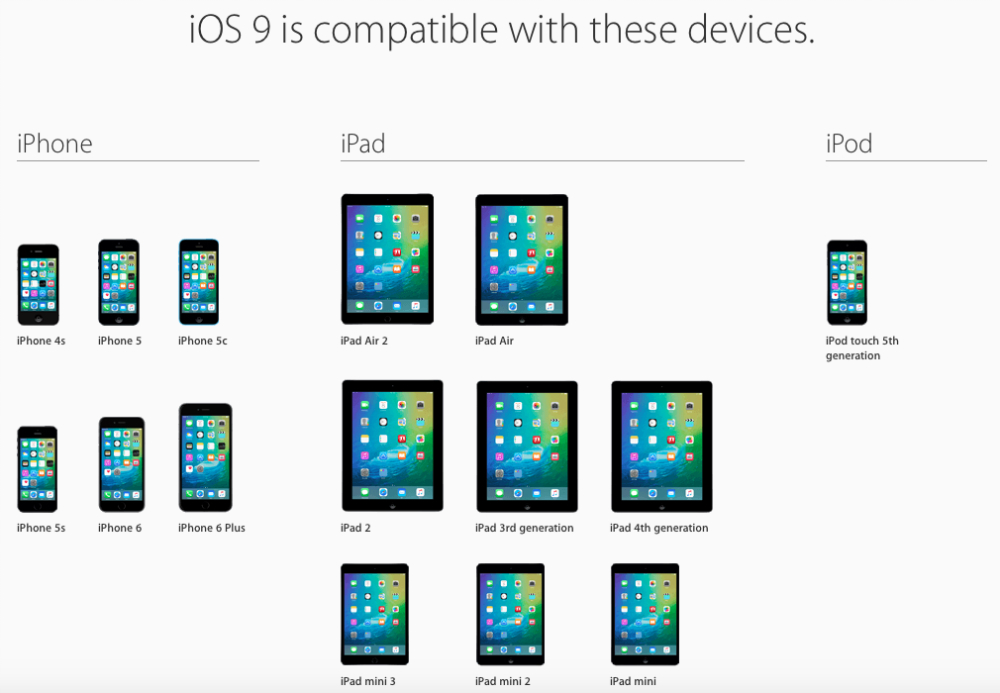 While Apple talked a lot about iOS 9’s security and privacy features during its keynote address on Monday, it also reminded developers that iOS is far better than Google’s Android when it comes to one critical aspect: Device upgradeability. To further drive that point home, Apple made sure that iOS 9 will be able to run on all the devices that currently support iOS 8.

That means that iPhones as old as the iPhone 4S and iPads as old as the iPad 2 will be able to run iOS 9. iOS 9 should not only be faster and more responsive than iOS 8, but also take up a lot less storage space, meaning that upgrades should be even smoother for older devices.

When iOS 8 was launched, many iPhone 4S and iPad 2 owners complained about storage, performance and battery issues and thus looked to quickly downgrade to iOS 7 while there was still time. But it seems that Apple still values iPhone 4S and iPad 2 buyers – or at least still wants to tell the world that 4-year old devices can still get on the latest OS while Google’s Lollipop is still struggling to become the most widely used version of Android.

Meanwhile, users looking to upgrade to iOS 9 beta 1 right now can do so immediately assuming they have access to a developer account or are willing to take advantage of an Apple oversight and install it.