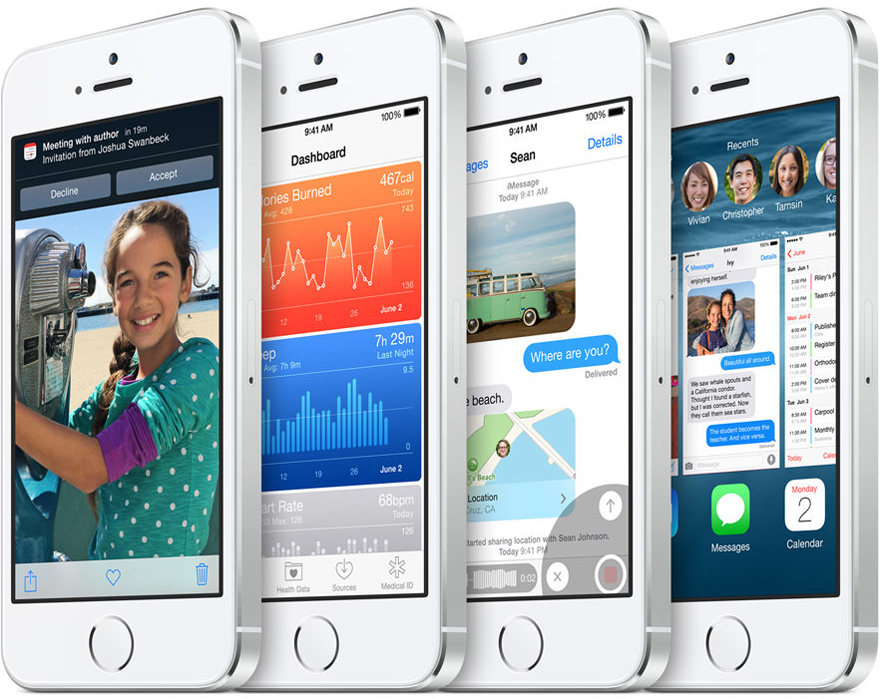 Apple has had its work cut out for it this summer. The first few beta releases of iOS 8 seemed rushed and buggy, but Apple engineers have clearly pulled things together in the past few betas. The result is a mobile operating system that is almost ready for prime time, but there were a few more wrinkles to iron out before iOS 8 reaches the public next week. Now, Apple has released the Gold Master version of iOS 8 as it prepares to finalize its code and issue the final version of iOS 8.

The iOS 8 GM is available right now for developers with compatible iPhone, iPad and iPod touch devices. It can be downloaded from Apple’s developer portal and installed using iTunes.

For non-developers who have not listened to our repeated advice, iOS 8 GM will obviously address most of the remaining issues but there will still be a few bugs here and there. Those who would prefer to ditch iOS 8, roll back to a public iOS build and wait for the actual release version of iOS 8 can reinstall the latest version of iOS 7.1 by following this guide. Then, you can update again once the final version of iOS 8 is released ahead of Apple’s iPhone 6 launch.

Of note, however, the GOld Master version of iOS 8 should be identical to the public release version coming next week.

Use of the new constant, AVCaptureISOCurrent, will result in inconsistent ISO values (as observed on the ISO property) if setExposureModeCustomWithDuration:ISO:completionHandler: is called repeatedly.

A single CKAsset instance can no longer be set as a value on multiple CKRecords.

The Address Book UI people picker has been changed for iOS 8. A new mode with new API has been added where the app does not need access to the user’s contacts and the user will not be prompted for access. A temporary copy of the selected person is returned to the app. See ABPeoplePickerNavigationController.h for more details.

On iPhone, bringing up DocMenu from Locations in DocPicker, overlaps with status bar.

The file system layout of app containers has changed on disk. Rather than relying on hard-coded directory structure, use the NSSearchPathForDirectoriesInDomains function or the URLForDirectory:inDomain:appropriateForURL:create:error:method of the NSFileManager class. See Accessing Files and Directories in File System Programming Guide.

Now that the Share My Location feature is integrated into Messages, Find My Friends only supports the Apple ID configured in Settings > iCloud.

The Thai system font has increased in size to improve readability. This will cause clipping in many places in your UI if you don’t take appropriate action:

If you can’t do 1 and 2 because you implement your own views, you must implement measures not to clip. You can use CoreText to figure out the appropriate clipping region for a line of text by calling:

To avoid overlapping glyphs in multiline text elements, adjust the line height. An additional 30% is recommended.

This measure will also help your app perform better in other languages, including Arabic, Hindi, and Vietnamese.

GameController forwarding may not work.

Mail handoff and AirDrop may stop working after changing your iCloud password at appleid.apple.com.

Workaround: Sign out and back into iCloud on the device.

URLForUbiquityContainerIdentifier: might return nil when running your application in Xcode. If so, open System Preferences, navigate to iCloud > iCloud Drive, and enable Xcode.

Apps do not sync from a device to iTunes.

Applying the Allow Account Modification restriction to a device with no mail accounts configured will still allow a user to create a Mail account by launching the Mail app.

When viewed in the Simulator, the “Hybrid” view in Maps and MapKit apps does not show all of the tiles.

Workaround: Delete the metallib library before recreating it by doing a clean in Xcode or removing the file manually before building the archive.

The schedule and intended use of widgetPerformUpdateWithCompletionHandler: is intended as a convenient home for all data/model update logic. If implemented, the system will call at opportune times for the widget to update its state, both when Notification Center is visible, as well as in the background. An implementation is required to enable background updates. It’s expected that the widget will perform the work to update asynchronously and off the main thread as much as possible. Widgets should call the argument block when the work is complete, passing the appropriate NCUpdateResult. Widgets should NOT block returning from viewWillAppear: on the results of this operation. Instead, widgets should load cached state inviewWillAppear: in order to match the state of the view from the last viewWillDisappear:, then transition smoothly to the new data when it arrives.

For complete usage details of NSURLSessionTask priorities, refer to the NSURLSession.h header file, which is provided by the Foundation framework.

To activate Wi-Fi Calling functionality for T-Mobile (U.S. only), follow these steps:

If you have upgraded to the GM seed from other betas you may see your apps crashing due to provisioning profile issues.

PDF files may not display in some applications.

Some icons are missing in Settings and only appear after the row is tapped.

Updating the iCloud settings screen may appear to hang during setup.

Workaround: If you don’t hear speech in a particular language or dialect, go Settings > General > Accessibility > Speech >Voices >Language and download the Enhanced Quality voice for that language/dialect.

Sometimes, loading certain pages or performing a search on the App Store or iTunes Store can be slow.

Workaround: Show RTF files to the user is to use the Quick Look framework (QLPreviewController) or to load an NSAttributedString from the RTF file and show it in an UITextView, which will render the content in a much cleaner way.

Wi-Fi Calling (T-Mobile US only)

The carrier name in the status bar will show “T-Mobile Wi-Fi” when the device is able to make and receive Wi-Fi calls.