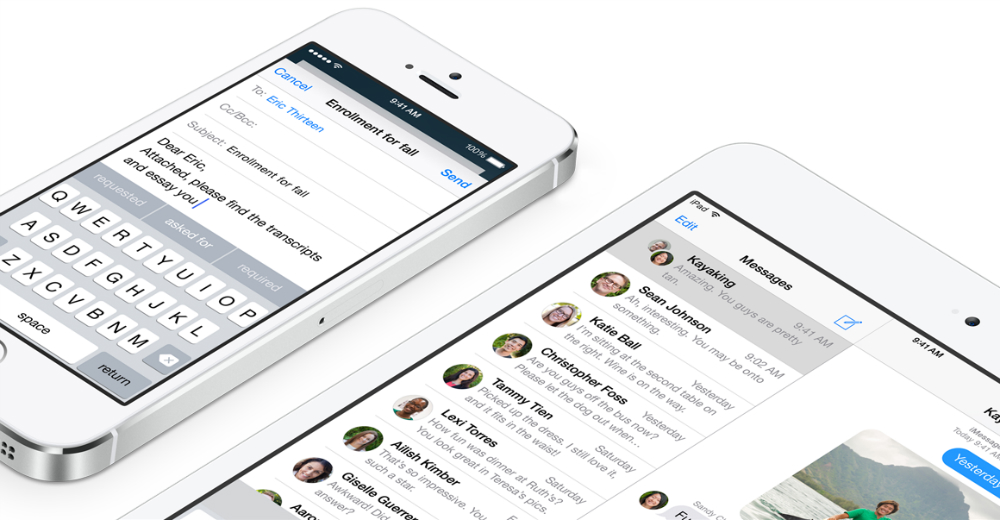 Apple on Monday at WWDC 2014, unveiled iOS 8 at WWDC 2014, its next major mobile operating system. One of the iOS 8 features highlighted during the keynote was apple’s new QuickType, which finally brings smarter keyboard features to iPhone and iPad.

In iOS 8, Apple finally supports predictive suggestions, which should help users type faster messages and emails on their smartphones and tablets. The keyboard will guess the next words users want to type, based on what they’re currently writing and offer predictions in similar fashion to many Android keyboard apps.

Apple said that its QuickType keyboard will get better in time, as it’s able to learn from the user’s habits. Furthermore, QuickType will be able to adapt to the kind of language used by an iPhone or iPad owner with a certain contact, suggesting the appropriate kind of word based on that particular type of conversation. But at the same time, the iOS 8 keyboard app should protect the user’s privacy.

QuickType will support a variety of languages as well, Apple revealed on stage, but it won’t support any swipe-to-type features like keyboard apps from competing platforms.

However, unlike previous iOS 7 versions, iOS 8 will support third-party keyboards.