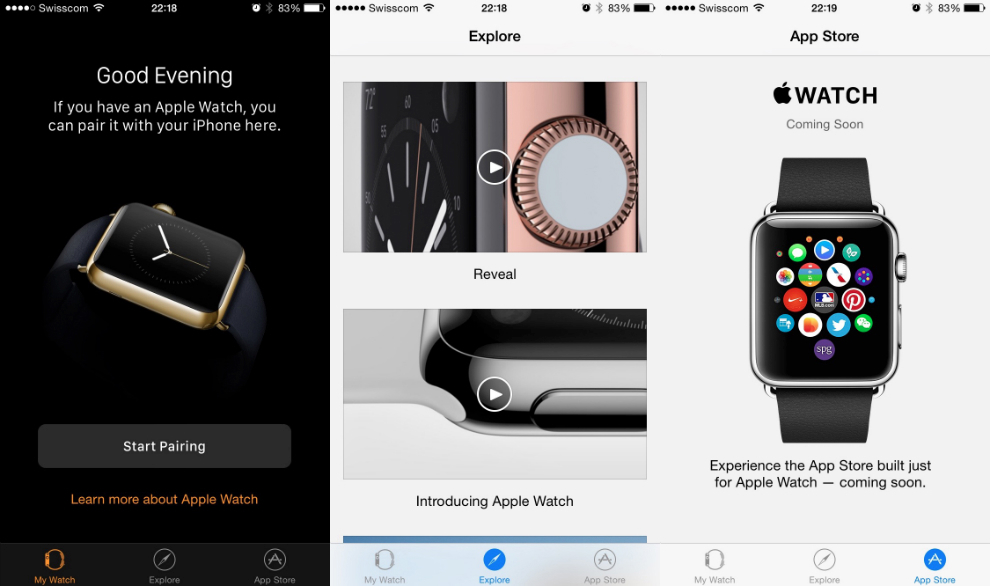 A friend of mine who owns both an iPhone and Mac — and is thus very familiar with Apple’s universe — recently told me the Apple Watch is interesting and looks good, but that doesn’t mean it’s necessarily worth buying, especially when we’re talking about what will be at least a $350 investment. While many tech enthusiasts already know plenty of details about smartwatches, including the Apple Watch, Apple still has to explain regular users what the Apple Watch does and why you should consider buying one. And Apple has figured out a sneaky way to do just that.

As soon as you update your iPhone to iOS 8.2, you’ll discover a new Apple app on the phone that you can’t delete: The Apple Watch app that was briefly teased on stage (see screenshots from it above).

The app can’t be deleted since it’s going to be used by future Apple Watch buyers to pair the devices with their iPhones and access special Watch apps from the App Store. But the app is also a portal that advertises the Apple Watch to the millions of iPhone users — consider that in total, Apple has sold more than 700 million of iPhones to date and hundreds of millions of them are upgradeable to iOS 8.2.

For many people who won’t be getting the device anytime soon, the Apple Watch iOS 8.2 app is a piece of bloatware. However, for those with more open minds, the app could be an important gateway drug for showing off what the Apple Watch can do and how it will work with their favorite smartphone.