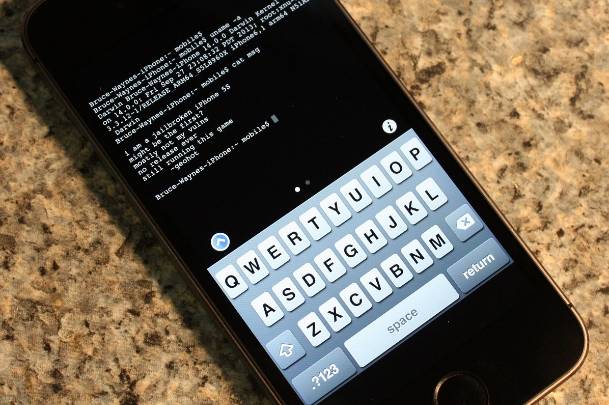 After the drama that ensured following the “official” iOS 7 untethered jailbreak release, well-known gadget hacker Geohot has cleared the waters surrounding the new Evasi0n 7 tool by reversing in, looking through the code and posting a lengthy write-up on it. The iPhone and PlayStation jailbreaker did not find any security issues with the iOS 7 jailbreak.

“This write-up takes place from the perspective of Evasi0n7. F–k secrets. Note that this write-up doesn’t help Apple, I got this by reversing the public Evasi0n binary, which they can, and do do,” Geohot wrote. “Also note, I found nothing sketchy in my reversing, your phones most likely aren’t being backdoored by Chinese. If I ever touch jailbreaking again, which is unlikely (until ARM128 comes out, I only touched the game again for the love of ARM64), no more secrets.”

The hacker also posted an image of his jailbroken iPhone 5s (above) and revealed that he was working on a “public, free of charge, China not involved, old school jailbreak with a few others,” but evade3rs were the first to release their evasi0n 7 tool. At the same time, Geohot said that the exploits used in Evasi0n 7 won’t be available in future jailbreak tools: Geohot’s “jailbreak overlapped [Evasi0n 7] 80%, partly due to leaks, but mainly due to the exploits and methodology being the obvious choice (great minds, well you know), meaning the exploits won’t be usable next time,” the hacker wrote. “No more jailbreaks ever?” he then asked.

A previous iClarified report claimed that a recent Geohot recording shows that he was willing to sell his iOS 7 jailbreak for $350,000, although in tweets from an unverified account he said the sale was not going to happen, after speaking with his lawyers. Geohot was in trouble with the law in the past, for his well-known PlayStation jailbreak. Evad3rs on the other hand, are rumored to have received $1 million for including a Chinese unofficial app store in Evasi0n 7.