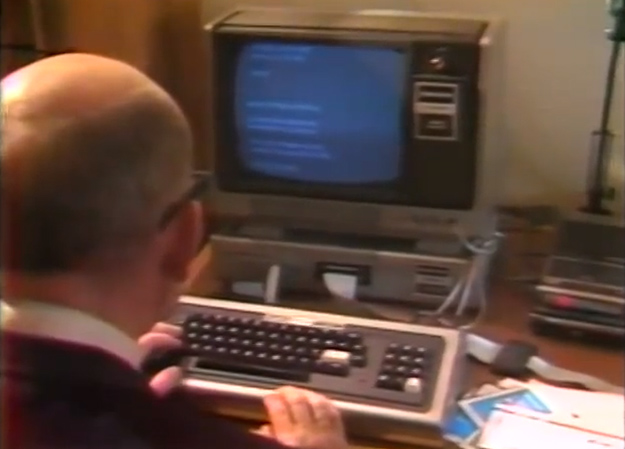 It’s easy to forget how far the Internet has come considering how plugged in we all are today thanks to laptops, smartphones and other connected devices, but we found a fantastic video that will no doubt serve as an eye-opening and hilarious reminder. “Imagine, if you will, sitting down to your morning coffee, turning on your home computer to see the day’s newspaper,” begins this report from KRON in San Francisco. “Well, it’s not as far-fetched as it may seem.”

The report, filed by KRON’s Steve Newman back in 1981, details the birth of Internet news as it chronicles an experiment being conducted by the San Francisco Examiner where editors programmed a copy of each day’s paper into a computer and made it available via the Internet. To connect to the Web and access the S.F. Examiner’s paper, by the way, a reader had to place the receiver of his or her telephone on a dock and then manually dial into a service provider’s network.

“This is only the first step in newspapers by computers,” Newman said in the report. “Engineers now predict the day will come when we get all our newspapers and magazines by home computer, but that’s a few years off.”

The video made the rounds five or so years ago, but a recent email from a reader refreshed our memory and it’s too good to not share. It’s an absolute gem and it’s embedded below.

Do yourself a favor and watch it right now.