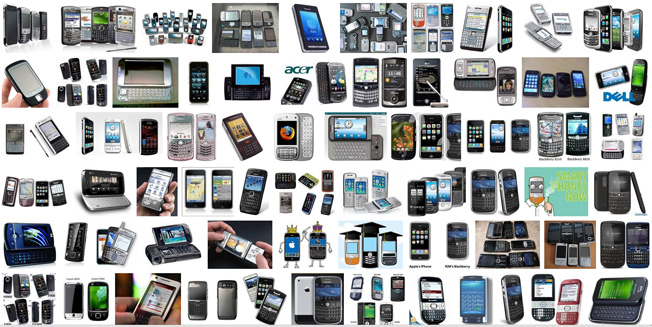 There’s just one problem with the post-PC mobile revolution: The Internet may not be designed to properly handle it. To understand why this is, recall that the Internet was originally designed to be something like the post office where packets of data are sent back and forth from one IP address to another based on information in the packet header. The problem is that none of the Internet’s architects at the time could have known about all the mobile devices that would one day be hooked up to the Internet, from smartphones and tablets to vacuums and refrigerators. When you take all these devices into account, and you consider that they could easily create a logjam by all requesting the same data from the same source, then you can see how the mobile revolution could potentially overwhelm the old architecture.

Technology Review has talked with some computer scientists who are working on revamping the Internet’s architecture to make it more suited for all the smartphones and tablets that it now has to serve. In particular, the scientists are working on ways to more quickly and efficiently share data between devices that are very short distances from one another.

“Today I have on my desk a smartphone, a tablet, and a Mac computer,” explains  Lixia Zhang, a computer scientist at UCLA. “To move data between them, the request goes all the way to the cloud — God knows where that is — so it can come back here to another device that is two feet away… That is wrong, it is simply wrong.”

To fix this, Zhang is working on a new type of routing technology called Named Data Networking (NDN) that sorts data packets not just by the IP addresses they’re being sent to and from, but by the precise information that they contain. So in other words, if you are trying to download a popular song to your smartphone, NDN will simply look for the nearest copy of that song file instead of taking it from one centralized location. MIT computer scientist David Clark says that this sort of project could be “revolutionary” because it “really changes the underlying model of what a network does” by replacing “communication among end-points with access to data, wherever it may be.”

Technology Review says that another approach to changing how the Internet works for the mobile age comes from the United States National Science Foundation, which is funding a project called Mobility First that could “allow devices to attach to two or more networks at the same time.” What this means is that users could download data to their devices from both their LTE connections and their home Wi-Fi connections at the same time. Rutgers computer scientist Dipankar Raychaudhuri says that the project could pave the way for mobile networks that let users “remain connected to both networks, and the network could decide how to send you the data at each moment.”