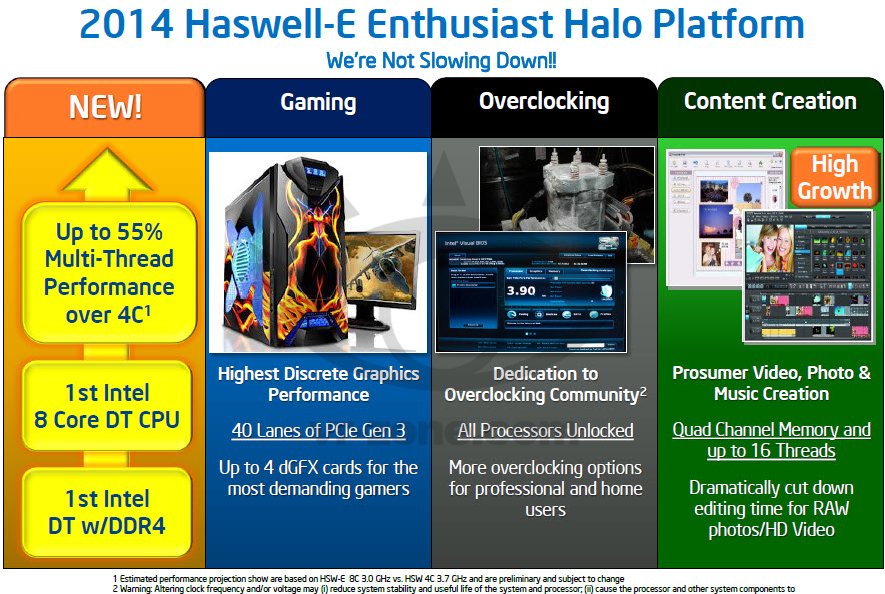 A new report suggests that Intel is preparing to release performance oriented Haswell processors for desktop computers in the second half of 2014. According to a leak from VR-Zone, the company’s fourth-generation Core processors will be available in 6-core and 8-core variants with up to 20MB of L3 cache. The Haswell-E enthusiast grade platform is expected to perform up to 50% better than high-end Ivy Bridge processors. Intel is also expected to introduce new Wellsburg motherboard chipsets that are capable of supporting DDR4 RAM clocked up to 2,133 MHz right out of the box. Although these high-end chips aren’t expected to arrive until late 2014, Haswell processors are available now in a variety of laptops, including the new 11-inch and 13-inch MacBook Air.