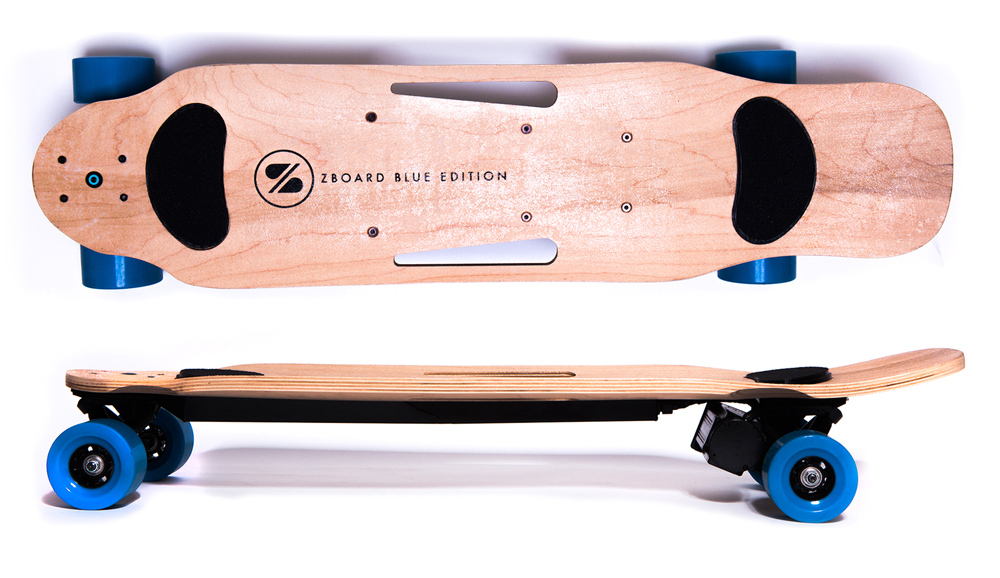 Skateboarding fans looking for an even better board to get around town should check out the ZBoard 2, a brand-new crowdfunding project listed on Indiegogo. The successor of a previous Kickstarter product — the original Zboard that was funded back in 2013 — the ZBoard 2 is now supposed to be the “lightest, fastest, longest running weight-sensing electric skateboard ever,” according to its creators.

FROM EARLIER: Meet the Tesla of electric skateboards

The team has almost reached $30,000 in funding, $20,000 short of its goal, in less than a day after it listed the new skateboard models. Pricing for the new ZBoards runs from $999 for the ZBoard 2 Blue to $1,199 for the ZBoard 2 Pearl edition, though lucky users might end up getting a $100 discount on either model assuming they can still grab one of the Early Bird offers.

The two models are virtually similar when it comes to design and top speeds (both can reach 20mph), though the Pearl version has a bigger range at 24 miles and weighs 2 pounds more than the Blue version, which can last for 16 miles on a single charge.

Other features include a 500W brushless motor, waterproof connectors, LED headlights and tail lights, and weight-sensing foot pads. Once the battery is depleted, users would still be able to push it like a regular “dumb” skateboard.

The ZBoard 2 models should ship starting with May 2015, once the product is fully funded.

A video further detailing the ZBoard 2 skateboards follows below.