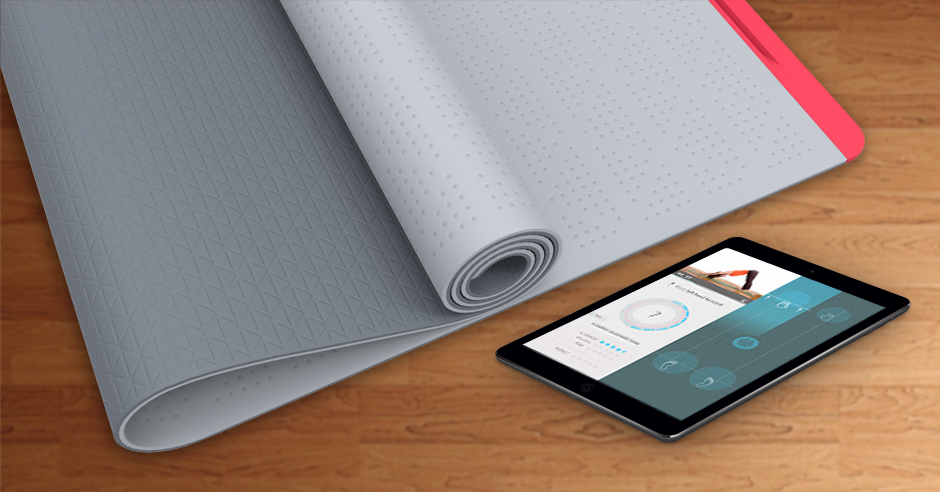 In case you’re looking to improve your yoga game without the help of a professional trainer, then you should check out a SmartMat on Indiegogo, a smartphone and tablet-connected smart mat that can keep tabs on your practice and offer real-time advice on how to improve your yoga experience. SmartMat looks and feels as a regular yoga map, but contains a layer of sensors that can detect movement and provide according feedback, offering both visual guidance and Siri-like audio instructions. The mat can be used both during regular class sessions, offering silent feedback during them, but also at home.

The SmartMat can hold a battery charge for up to 6 hours, and can connect to iOS and Android devices, where a variety of apps should further offer yoga advice and challenges for the user.

SmartMat already surpassed its $100,000 initial funding goal in less than 24 hours after being launched on Indiegogo – currently the project has raised $130,000 in pledges with almost a month left in the campaign. The cheapest Smartmat costs $297 ($150 cheaper than the final retail price), assuming you can still get on the Early Bird Special SmartMat offer.

The Early Bird orders should be shipped in July 2015, with all others supposed to arrive in August and September of next year.

The following video further explains how SmartMat is supposed to work.