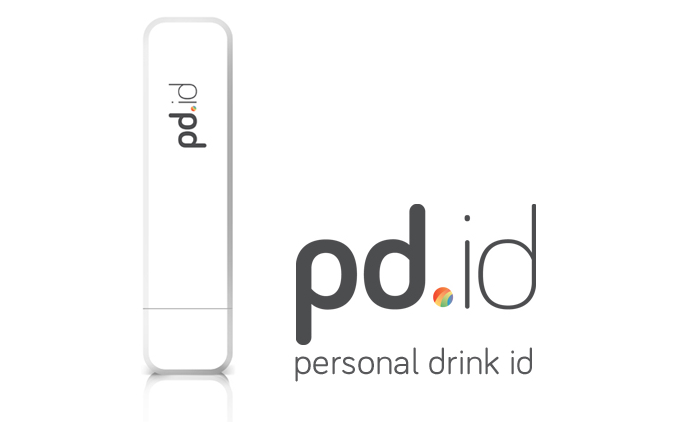 Potato Salad took Kickstarter by storm a few days ago when the project to create a salad went viral, convincing many people to donate a lot more money for this particular Kickstarter listing than it actually needed. However, there are more interesting and useful projects out there, such as the pd.id stick that’s currently looking to raise $100,000 by August 29 on Indiegogo. What the pd.id can do is to quickly test a beverage for traces of drugs that are sometimes used to coerce some people into doing things they otherwise wouldn’t – in other words, pd.id is a date rape drug test capable of quickly recognizing many types of drugs.

Also known as the personal drink id, the pd.id is a device that can be attached to your key chain, as it’s about the same size as a memory stick. The pd.id is reusable, and has a simple LED-based warning system: when the red LED light blinks, it’ll indicate that a drink has been drugged, while the green light means that you can go ahead and have that drink.

The device can be paired with a smartphone to offer more information about drink profiles, and can be set up to send texts or place calls when a drugged drink is detected.

The cheapest pd.id costs $100 on Indiegogo, and will ship in April next year, assuming the crowd-funding campaign is successful – an early bird deal is still available, offering a limited number of backers the chance of getting pd.id for just $75.

A video explaining how pd.id works follows below.