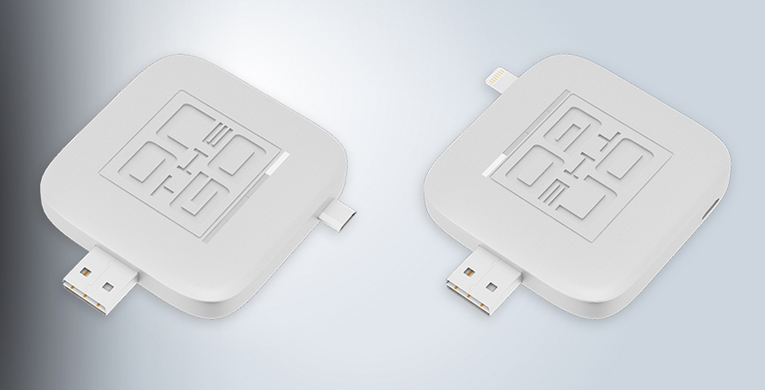 If you’re a smartphone power user, you probably have lots of accessories that can do things like share files between devices, charge dying batteries, deliver external storage, or sync it with a computer. But most accessories we know of can’t offer all these features at the same time, which is where the new On The Go gadget might come in handy.

Freshly listed on Indiegogo, where it aims to raise $50,000 by May 15th, the On The Go is a flash disk that not only packs more storage for your smartphone or tablet (up to 128GB of additional memory) but also comes with all the ports you need to connect it to a variety of devices, regardless of operating system.

The On The Go features a regular USB 3.0 connector and also microUSB and Lightning connectors, making it compatible with Windows and Mac machines, as well as iPhone and Android devices.

Additionally, the gadget comes with free iOS and Android app that can further enhance its functionality. The gadget can be used to play files stored on it, but it also works as a shutter for the smartphone camera and as a remote for  music and videos, which might come in handy when the smartphone and tablet is also beaming video to a big screen TV.

Finally, the On the Go has its own built-in rechargeable 1,000 mAh battery that could be used for quickly restoring battery life to a smartphone. It can also be used as a Bluetooth locator to find missing objects as long as they’re hooked to it.

The cheapest On the Go device costs $119 (a 32GB flash drive option), assuming you’re quick enough to get the deal. Prices go up to $199 for the 128GB model, and units should start shipping in November.

A video showing it in action follows below, with more details about it available at the source links.

Android Indiegogo iPhone On The Go