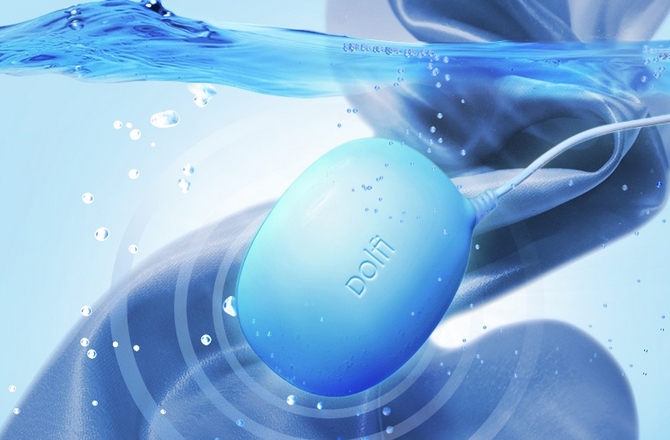 With almost a month left in its Indiegogo campaign, Dolfi has already topped its $100,000 goal by more than $25,000 by convincing many backers to invest in its interesting clothes-washing technology. Dolfi is a tiny device, about as big as a smartphone, that can wash delicate clothes by itself using ultrasonic technology to remove dirt from clothes that are immersed in a sink or other container with water and washing powder.

The gadget only needs around a half an hour of work and doesn’t require any manual labor, as the ultrasonic waves will create lots of movements in the water, removing dirt in the process. The neat technology behind Dolfi is explained in the video at the end of this post.

Unfortunately, you won’t be able to wash more than one to two kilograms of clothes in one sitting (that’s up to 4.4pounds). Also worth noting is that Dolfi only does the washing part, so you’ll have to do the rinsing yourself.

The cheapest Dolfi unit costs just $99 on Indiegogo and should ship to backers in August. Various other Dolfi packs are also available to order.

More details about the Dolfi project are available at the source link, with the video below explaining the ultrasonic technology that allows this tiny device to supposedly effortlessly wash clothes.