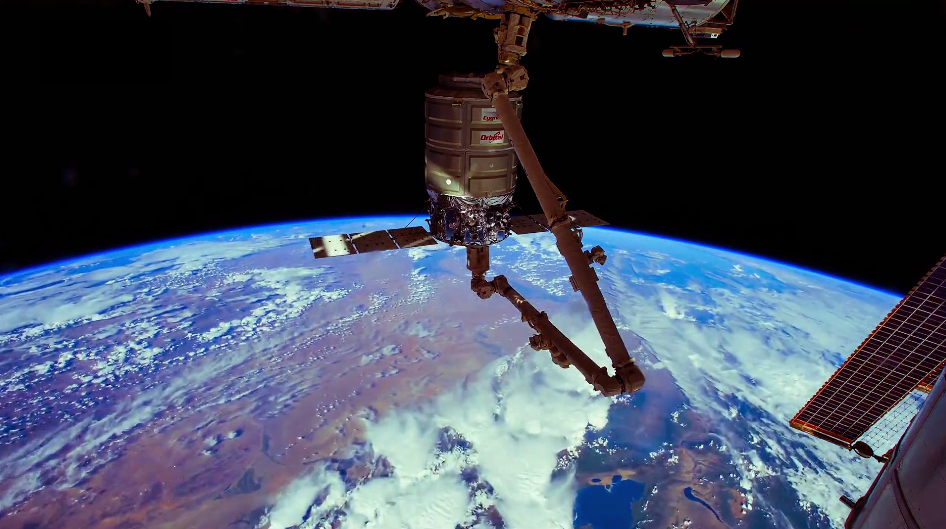 It’s been a very troubling few weeks for space travel, but in light of the recent tragedies, it’s worth remembering how the bravery of the men and women willing to take these risks has affected our society for the better. Timelapse filmmaker Guillaume Juin used more than 80GB of photographs taken by astronauts aboard the International Space Station to create an astounding three-minute video which showcases the beauty of our planet and the incredible technology that orbits it every day.

He goes on to discuss the ISS itself, as well as some of the moments in the video that might be difficult to decipher:

“The International Space Station weighs 377 tons, orbits the Earth at around 350km from the surface, and does one spin around the earth in 1h30, at 28.000k/h! At 1’11, we can see a little refueling shuttle disintegrating back to Earth. At 1’20, it’s a little telecom satellite that is [launching into] orbit. The little green and purple lights you can see at 1’57 are respectively fishing boats and oil platforms offshore with the big city of Bangkok nearby.”

If you enjoyed the video, it’s just one of many that Juin has uploaded on his Vimeo channel.