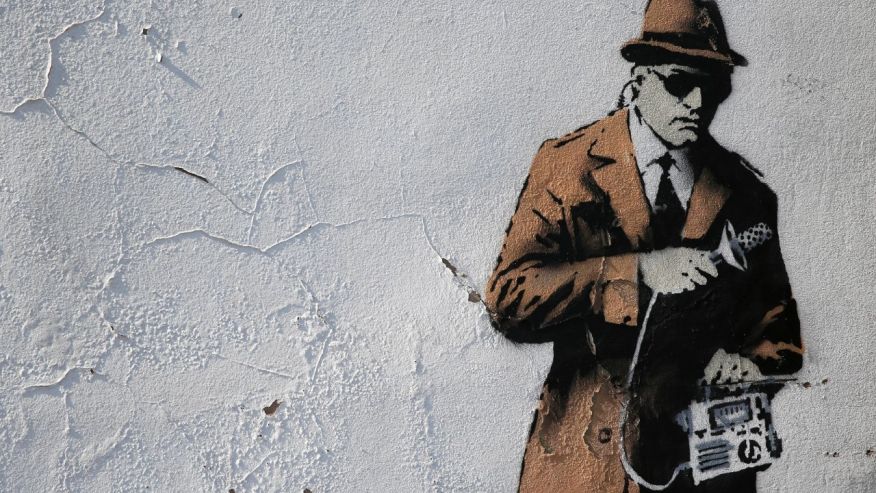 A pivotal operation in the lead up to D-Day during World War II was a deception plan using dummy airfields and landing craft to mask the actual Allied landing sites.  While the tools of modern warfare may have rendered such a ploy seemingly obsolete, 21st century advances such as CCTV, HD satellites and drone technology are actually reviving a new era of classic espionage.

“There has been a drastic paradigm shift in this regard,” Fred Burton, vice president of Intelligence for Texas-based global intelligence company Stratfor told FoxNews.com.  “The challenges posed by the digital age have led to a return to old-school tradecraft.”

As dependence on technology permeates Western society so does electronic espionage as state and non-state agents spy, steal and sabotage secure networks, hence the return to less high-tech spying.

Related: What you need to know about the new Air Force stealth bomber

In spy parlance, the return to old-school tradecraft means HUMINT, or human intelligence.

“Face-to-face meetings and running surveillance detection routes may bring you back to the Cold War but I never believed the Cold War was over,” said Burton, whose firm is sometimes referred to as ‘the shadow CIA’. “Intelligence services are always at war,” he added.

Burton said that Russians, Cubans and Iranians are a few of the state-supported agents that are “right now carrying out intelligence operations on U.S. soil.”

Terrorist and foreign-born agents have gone low-tech in the quest for American secrets. Short-wave radios, ciphers and codes are making a comeback. These and other devices are not relics of a past era but the mainstay of spying toolkits.  Earlier this year, three Russian citizens — one posing as a New York banker — were charged in connection with a Cold War-style Russian spy ringthat spoke in code and passed messages concealed in bags and magazines.  In 2010, counterintelligence officials arrested a couple spying for Cuba that used a grocery shopping list to pass communication back and forth to their handler.

America’s enemies are even using operational tactics developed by the CIA for Cold War agents stationed behind the Iron Curtain, known as “Moscow Rules”.  The recent “defection” of a commander in the $500 million U.S. program of training and arming Syrian rebels, for example, bears the mark of a double agent.

Human spies are also the staple for cash-strapped nations. “Spying is about relationships,” former CIA officer Jason Hanson, who now runs a covert corporate security firm, told FoxNews.com. “Other countries don’t have the financial resources so they are forced to use all of the old school spy techniques.”

Stephen Grey points out in his book “The New Spy Masters”, that by 2013, the U.S. budget for spying was more than the GDP of Iceland yet now, in the face of successful tactics employed by a global enemy, spymasters are quietly “taking a second look” at a bygone era of cloak and dagger operations.

“There is an emerging recognition that flesh and blood human sources can’t be overtaken by technology,” Grey told FoxNews.com. “Technology must be matched by real spies.”

Grey has also noted the intelligence community’s shortcomings during the War on Terror. “The main reason why there was so little effort to get spies among the extreme Sunni Islamists was the failure of most in the West to grasp the scale of the threat posed,” he explained, in his book.

There has, however, been a slow but growing Western awakening and with it, the creation of what Grey calls “butterfly spies.”

“You can’t keep someone in a terrorist cell for a long time. It’s too dangerous even for low-level spying,” he told FoxNews.com, noting the short life span of “butterfly spies.”

Yet, human spies aren’t the only tried and true old-school spy method making a comeback. Earlier this year, India captured a foreign spy carrying an encrypted message in Urdu.  The “spy” was a pigeon. The Islamic State has reportedlycaptured and killed pigeons belonging to an anti-ISIS group.

The Internet continues to act as a playground for thriving information warfare campaigns using deception operations to “dis-inform” naïve audiences or to simply soften the target.

“The jihadists don’t have sophisticated training facilities so they have gone to the viral world,” said Burton. ‘Inspire’ magazine, which is reportedly published by al-Qaeda in the Arabian Peninsula contains spying tips, he added.

However, in an increasingly global world, America and the West will always need their ‘James Bonds’.