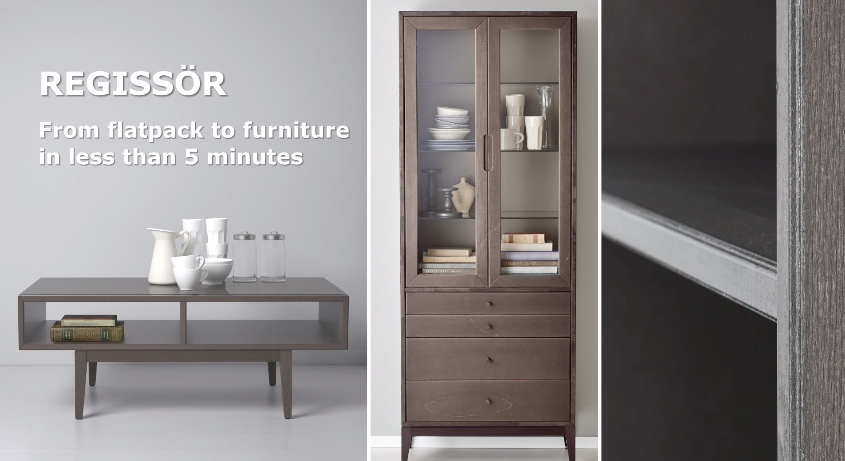 It doesn’t take a rocket scientist to assemble the strangely named but good-looking pieces of furniture Ikea makes, but you still have to put some elbow grease into such Ikea home projects, especially bigger ones. However, Ikea apparently decided that there’s often too much work for its customers, when having to build Ikea furniture pieces, and came up with an even simpler way of assembling them.

Starting with the Regissör, a new living storage series available for sale in U.S. Ikea stores this month, users will be able to quickly assemble various pieces of furniture without having to use any screwdrivers in the process – well, unless those tools are made of vodka and orange juice.

Ikea came up with an interesting wooden dowel concept for the joints that doesn’t require any special assembly process. The dowels are placed at a 45-degree angle along the wedges of the boards, and should offer plenty of support. The user simply has to slide the parts into their respective positions.

More interestingly, the Regissör pieces are made of an even lighter material mix, which includes air alongside wood, meant to put less pressure on the joints.

The company will launch additional models using the same technology next year.

The Regissör collection includes a coffee table, bookshelf and cabinets, and a video showing this new Ikea furniture assembly process follows below.