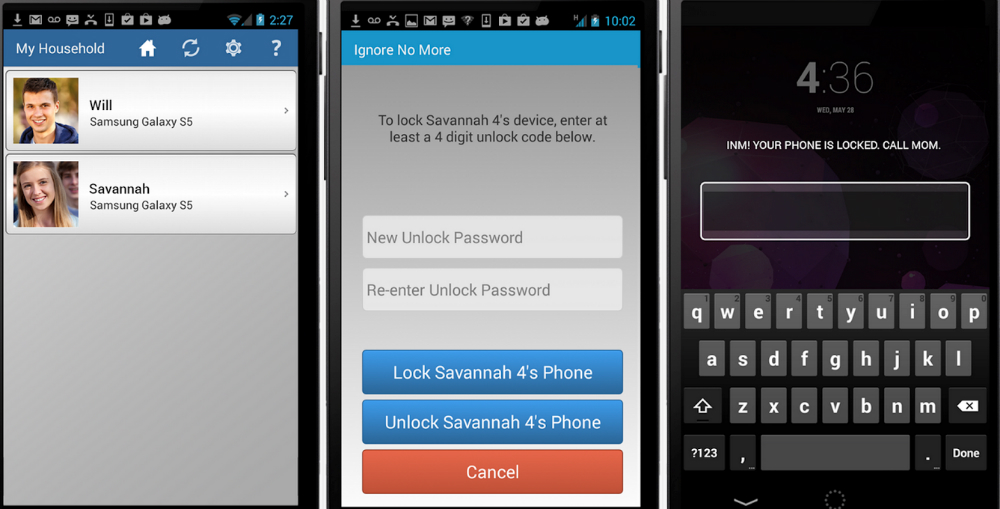 Sharon Standifird is a mom from Houston, Texas, who had a problem: Her children would not return her calls and texts on time. Frustrated and worried, she decided to take the matter into her own hands and create an app to specifically deal with teenagers who do not answer calls from parents on their smartphones, even though she didn’t actually know how to code.

“We need to develop an app that just shuts their phone completely down and they can’t even use it,” she told ABC13. “I got on the internet and I literally just started researching how to develop an app.”

Called Ignore No More, the app is available only on Android at this time and costs $1.99 per phone, although an iOS version is in the making. Once installed, the app will allow parents to lock the phones of their children until they call back. Until that happens, they’ll be restricted to calling parents, or 911 in case of emergencies. Everything else, however, will not work on the smartphone.

The application can’t be disabled, the app’s description says, and the app’s website has a thorough FAQ section that explains what can happen in various scenarios with the phone such as the phone being set on airplane mode, being lost, and other types of mishandling of the app.

As for Standifird, after installing the app on her son’s phone she discovered that he returns her calls and texts a lot faster than he used to.

ABC13‘s video showing the app in question follows below.