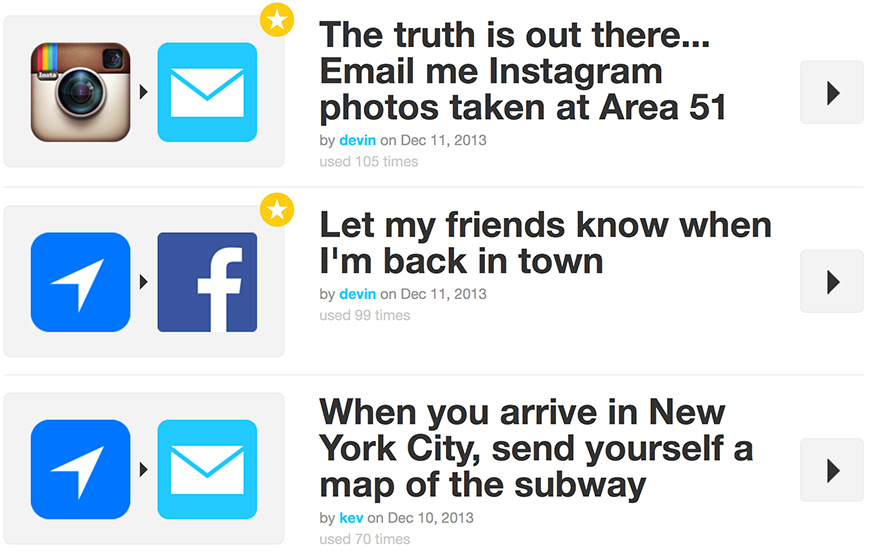 After launching on iPhone last summer, and on iPad a few days ago, popular automated task service IFTTT (If This Than That) is getting ready to land on Android as well, with the company currently beta testing its Android application. The company announced the beta program on Google+, Phandroid reports, posting a link to a Google spreadsheet for interested testers. Soon after that, it deleted the Google+ post. The publication has apparently also obtained an APK of the IFTTT Android beta app, although it didn’t release it to the public. It’s not clear when IFTTT for Android will be available in the Google Play Store.

The IFTTT spreadsheet form contained several questions for interested IFTTT testers to fill in, and was soon updated to reflect the fact that the full number of beta applications has been reached. “The form ‘IFTTT for Android Beta’ is no longer accepting responses,” the form said.

Launched in 2010, IFTTT allows Internet users to set up various “recipes” of actions they want to automate every day, whether it’s backing up new pictures taken on a mobile device, updating social networks, or keeping an eye on certain online events – here are a few examples on how to automate various daily tasks with IFTTT recipes.