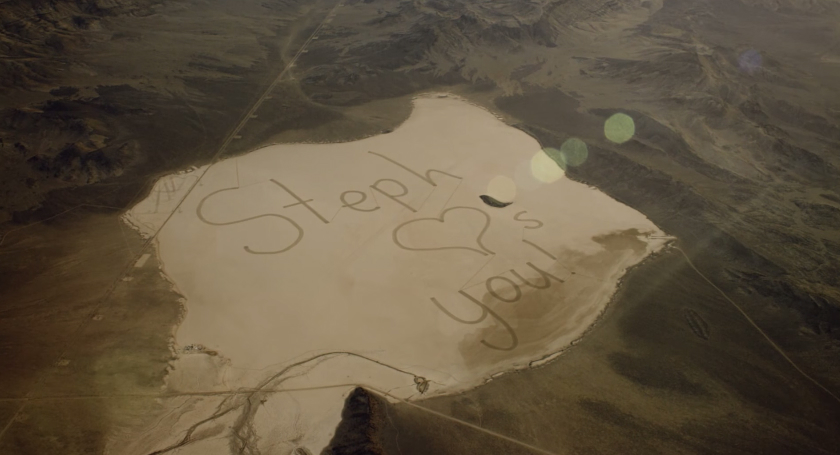 Hyundai has thought of a very cool way to promote its cars — by using them in a heartwarming way that also just so happened to go viral almost instantly. What did Hyundai do? The company sent a message from Earth to a special someone who happens to be orbiting the planet aboard the International Space Station for a living with help of moving cars.

The carmaker used 11 Genesis sedans to write a giant message on the Delmar Dry Lake in Nevada from a 13-year-old Houston girl to her father, who is an astronaut on the ISS. The message, which read “Steph [hearts] You,” had to be written on a surface that’s bigger than one and a half Central Parks in order to be visible from space.

As can be seen in the video below, the company used advanced tech to make sure that its sedans, driving in perfect choreography, were able to recreate the exact message Stephanie wrote on a piece of paper.

In addition to coming up with a promotional video that’s already viral on YouTube, Hyundai also managed to set a new Guinness World Record for “The largest tire track image.”

The full “Hyundai: A Message to Space” video, and a behind the scenes clip, follow below.